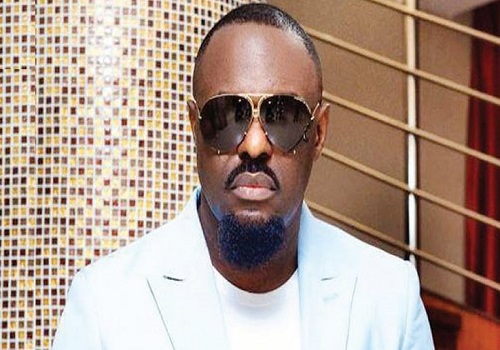 The movie star, in a recent video while acknowledging respect for all religions, stressed he had no plans to ever convert as he’s totally committed to his faith.

Iyke explained it became pertinent for him to speak up and clarify the matter because certain lines should never be crossed by the ‘unscrupulous’ blogger peddling the rumour.

Clarifying the matter, the film star said: “I felt it is necessary to address certain rumours that have been making the rounds lately. Usually, I don’t pay any attention to these aimless rumours because it’s not my cup of tea but certain lines shouldn’t be crossed.

“I made a movie in Ghana called “Zanku Boys”, to be out July 29. It’s a movie about religious fanatics.

“Someone took the pictures from that movie and it ended up in the hands of a rather unscrupulous blogger and he said I had converted my faith.”

Jim Iyke added: “Now while I want to unequivocally say that I respect all religion, I believe in one God but I have no intention now or ever to covert my faith. I am totally committed to my faith.

“I don’t understand why somebody will want to peddle this rumour. But there are certain lines that should not be crossed. So, get it together whoever is peddling these rumours. We are too busy for these, get it together. These are really serious issues, get it together, okay?

“So I have addressed it, I’ve laid it to rest. It never happened, it will not happen and I don’t intend for it to happen. So that is me categorically clearly stating my stance on this matter.”

The video’s caption reads: “LET ME QUIETLY ADDRESS THE ELEPHANT IN THE ROOM AND GO BACK TO WHAT I DO BEST. THANK YOU. SEE YOU AT WORK!”

Yesterday, a Tweep with Twitter handle @AM_Saleeem claimed the Jim Iyke had converted to Islam as he welcomed him.

Sharing a photo of the actor with a Muslim cleric, he wrote: “I heard that the popular Nollywood actor Jim Iyke has revert to Islam. Alhamdulilah! Welcome to ISLAM, religion of peace.”

In another post, he shared Iyke’s photo where he rocked jalabiya while holding a tesbih with a note that read: “We welcome you wholeheartedly.”