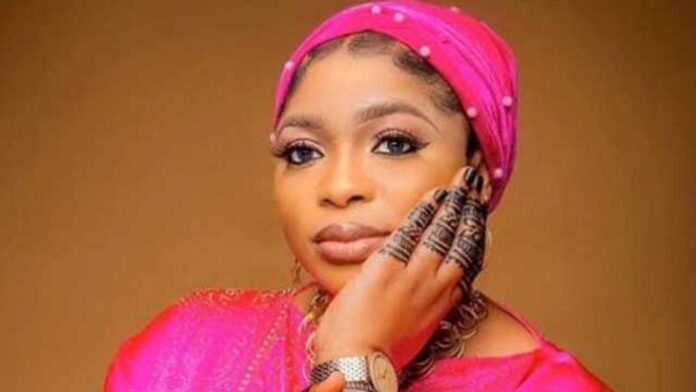 Popular Yoruba actress, Kemi Afolabi has denied reports that she dumped Islam to seek healing in the church, NjenjeMediaNews reports.

Kemi who opened up on her battle with Lupus said her doctor informed her that she has five years left to live.

However, debunking the news that she had left Islam to seek for healing in a church, Kemi took to her Instagram page on Sunday to share with fan fans saying:

“Sometime ago, a picture was circulating online insinuating that I had visited Christ Embassy Church for healing, I paid no attention to it because I didn’t see visiting a church or getting prayers from a pastor as a bad thing. After all, we all serve the same God I believe. Fast forward to Friday, I posted a video of me doing my personal Islamic supplications, @officialeelahandsome dropped a very disturbing comment today asking if I had just remembered that I was a Muslim or where was Islam when I was seeking solutions from the Church. Omg, I was stunned at how insensitive humans could get just to score religion points which can simply be considered as blasphemy,” she said.

She further stated that the picture circulating on social media is not her, and added that she has a personal relationship with Allah and does not need anyone to get through to him.