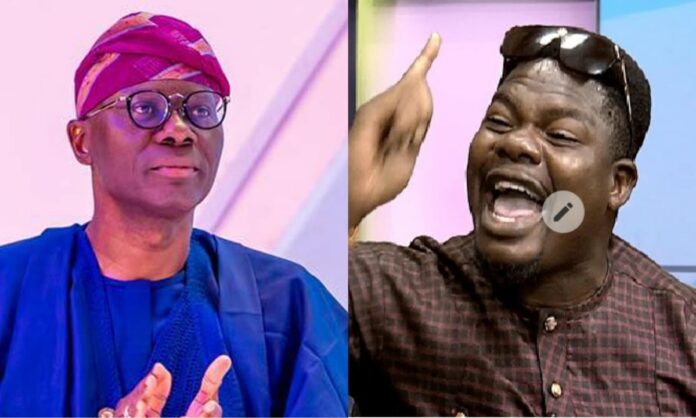 Nigerian social activist and skit maker, Debo Adebayo, AKA Mr Macaroni, has said the level of extrajudicial killing and insecurity in Lagos State has increased since Babajide Sanwo-Olu became Governor

Mr Macaroni said this while reacting to the fatal shooting of a female lawyer in the state.

Our sources reported that the lawyer Omobolanle Raheem, was shot dead by a police Assistant Superintendent (ASP) on Sunday.

The incident occurred near the Ajah bridge on Christmas Day as the deceased returned from church.

Bolanle was reportedly shot while she sat in the car and her husband was beside her.

“You don’t control the police? Ok. But you are the Chief Security Officer of the state. What are you doing about it.”