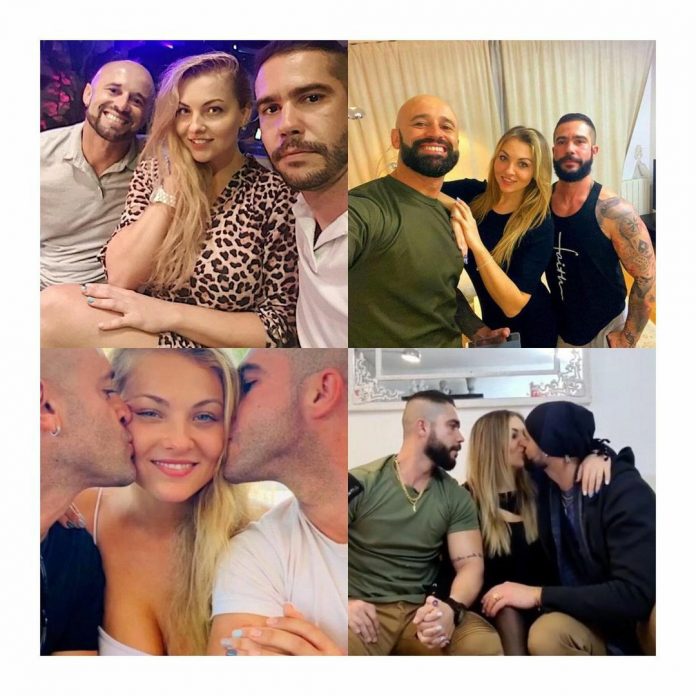 Two best friends have formed a throuple after meeting a woman on holiday, and falling in love with her at the same time. The three of them even had to say they even want to have children together as they start building a life, Njenje Media News reports.

TheSunUK had reported that 40-year-old Dino De Souza and Saulo Gomes, 30, both from Brazil, first met Olga, 27, from Bélarus, at a bar during a holiday in Barcelona on August 19, last year.

According to Dino;
“I would like to be able to describe what we feel, but we do not have adjectives to describe this feeling.”

The two friends and the lady dated for nearly a year and a half. Dino, Saulo and Olga travel together, go on dates, restaurants just like a typical couples would, but as a trio.