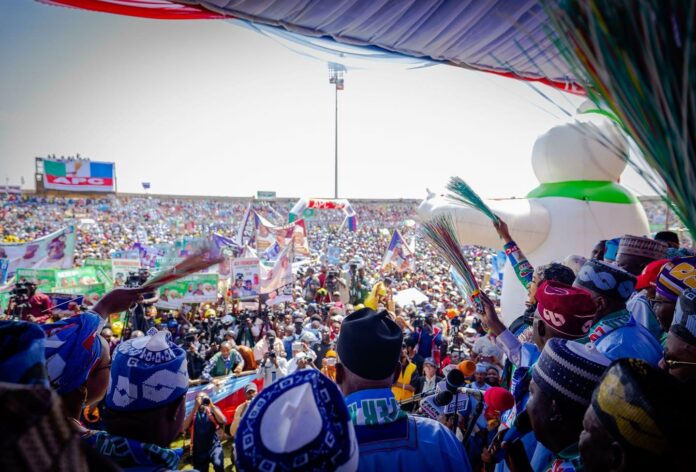 The All Progressives Congress, APC, presidential campaign train landed in Kaduna State on Tuesday with a large number of party supporters who thronged the campaign ground to drum support for the ruling party.

The former Lagos governor who promised to eradicate the security crisis bedevilling the state if elected president in 2023, said Kaduna looks organized via the efforts of el-Rufai’s government.

He said: “El-Rufai has done a good job. Go around Kaduna you will find how organized and clean the state is. He has moved the Internally Generated Revenue up. Now, a leader without a good successor is not a leader. Vote APC for governor, senate, house of representatives.”