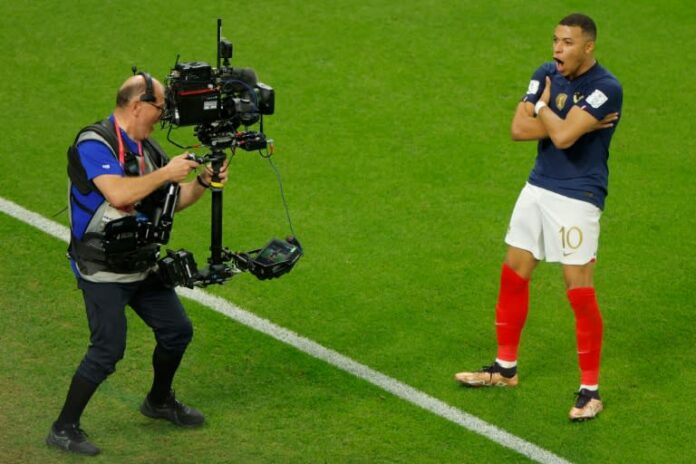 A stunning double from star striker Kylian Mbappe has led France to a 3-1 win over Poland and into the quarterfinals at the football World Cup in Qatar, Njenje Media News reports.

France was relentless on the attack as they pushed for an opening goal but could not unlock a sturdy Poland until just before the break when Mbappe played a pin-point ball through to Giroud, who hammered it past a diving Wojciech Szczesny to claim his 52nd goal for Les Bleus.

Holders France continued to press after the break, with Giroud almost netting a second when he flicked Jules Kounde’s cross just past the near post.

But Mbappe did not miss in the 74th minute, unleashing a missile from just inside the penalty area that shot into the top corner.

Mbappe was not done, adding a second goal in stoppage time with another screamer to seal the win and take his total for the tournament to five.

Poland got a consolation goal from a Robert Lewandowski penalty.