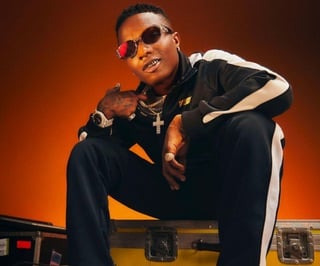 Popular musician, Ayodeji Balogun who has been known for more than a decade as ‘Wizkid’ has decided to rebrand his identity as would now be known as ‘Big Wiz’ instead.

Njenje Media News reports that the musician has already made a slight change to his Instagram page which the ‘Big Wiz’ caption on his bio.

In a recent update as seen on his Instagram page, the “Made in Lagos” singer changed his signature name to “Big Wiz”.

The name seems to portray the exact image of what his teeming fans have been clamoring for as it reflects the growth and transformation the singer has experienced from when he started as a young chap in the musical entertainment scene to the giant he is metamorphosing into.

The singer’s fans had suggested that the name “Wizkid” be replaced with something more befitting noting that their star isn’t a “kid” anymore as a person and also in the musical scene.

Thus, one can say the “Ojuelegba” crooner does listen to his fans as he has now effected a change of his signature name.

Nigerian Army Warns Its Men To Desist From Planning Coup And...