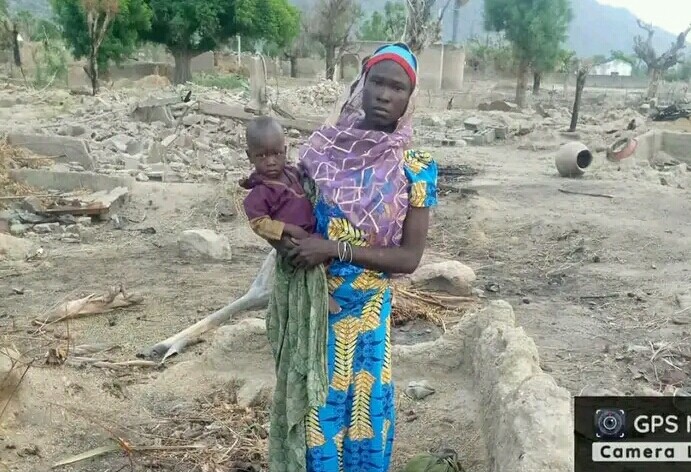 Another lady believed to be one of the abducted Chibok schoolgirls has been rescued, the army said on Wednesday.

The Army said troops rescued the girl on 14th of June, 2022, while on patrol around Ngoshe local government in Borno State.

The girl, who was found with a baby, identified herself as Mary Ngoshe.

It is however not stated if the father of the baby is a Boko Haram member.

Troops of 26 Task Force Brigade on patrol around Ngoshe in Borno State on 14 June 2022 intercepted one Mrs Mary Ngoshe and her son. She is believed to be one of the abducted girls from GGSS Chibok in 2014. Further exploitation ongoing.

RELATED POSTS:  InterSociety Condemns The Killing Of Harira Jubril, Her 4 Children, And The Beheading Of State Lawmaker, Hon. Okey Okoye