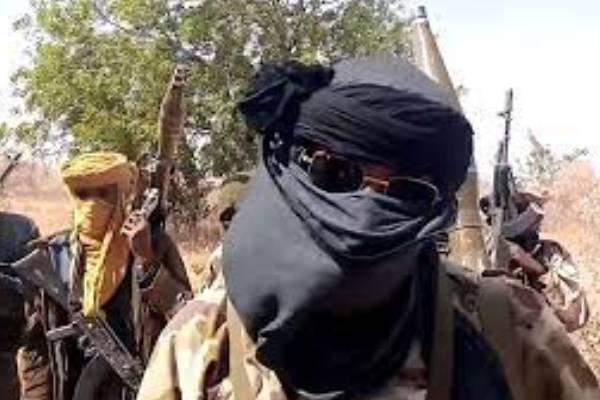 Thanking US Senators And Others

We at the Int’l Society for Civil Liberties and Rule of Law (Intersociety), Nigeria’s leading research and investigative Rights and Democracy organization since 2008 are deeply joyous, grateful and thankful to the respected US Senators. We are particularly appreciative of their ongoing international pressure and campaign in aid of persecuted Christians and minority others in Nigeria or any part thereof. These historic international moves of theirs have also elevated them to enviable status of “Amicus Curiae for persecuted Christians and Minority others in Nigeria”, geared towards ending chronic and pandemic violence against Christians in the country. Particularly gladdening and gratifying was the respected US Senators’ 29th June 2022 powerful letter to US Secretary of State, the Honorable Antony Blinken. The joint letter, signed by Senators Josh Hawley, Mike Braun, Tom Cotton, Marco Rubio and James Inhofe was on account of the US Government’s indifference over the horrific acts of violence against defenseless Christians and their sacred places of worship or learning by the country’s congregated and aggregated Islamic Jihadists; and failure, inability and unwillingness of the present central Government of Nigeria to effectively checkmate or put a stop to same. We also thank in a special way the similar efforts by the Heroine of the UK House of Lords, Madam Caroline Cox and Lord David Alton of Liverpool and concerned others as well as dogged efforts of the Religious Freedom Institute in Washington DC, the Nigerian Americans in Washington, DC, the US Congress Nigeria Caucus and the Southern Kaduna Peoples Union (SOKAPU). We prayerfully urge them to remain resilient and unyielding until the armadas of butchery against Nigerian Christians are brought to end and the perpetrators punitively sanctioned locally and internationally

No fewer than 2,543 Christians were hacked to death or killed by the Nigerian Islamic Jihadists propagating radical Islamism. Also involved in the ‘egregious and industrial scale’ massacre of Christians in the country are members of the country’s security forces especially personnel and officers of the Nigerian Military drafted in Eastern Region part of the country particularly its Igbo-Trado-Judeo-Christian areas. The culpability of the security forces follows grave partisanship displayed in their operational modes and sectional composition of their command and control structures. The deployed security forces have thrown professionalism into the wind and engaged in gravely selective and witch-hunting operation and incessancy of indiscriminate killing of defenseless civilian Christians; killed not on the grounds of violent perpetration of heinous crimes in written laws of the country, but on the grounds of their ethnicity and religion. This is to the extent that in the past six months of this 2022, no fewer than 300 defenseless civilians of Igbo Southeast extraction were gravely shot and killed and at least 50 others abducted and permanently disappeared from custody till date. On 28th and 29th June 2022, for instance, several dozens of defenseless citizens (independently estimated at 100) were targeted and shot dead by military personnel in Ogbaru part of Anambra State in Southeast Nigeria; under the guise of “looking for Unknown Gunmen”.

Consequently, it is therefore most likely correct to say that no fewer than 2,543 defenseless Christians have been hacked to death or killed in the past six months by the country’s Jihadists and their partners in crime within the country’s security forces. The massacre had taken place between January and March 2022 during which no fewer than 915 defenseless Christians were hacked to death or killed and April to June 2022 during which not less 1, 628 more Christians were killed or hacked to death. The breakdown shows that the military and other security forces accounted for 300 deaths and 50 permanent disappearances while the country’s Jihadists accounted for 2,193 others. Among the dead were 140 abducted citizens, representing 10% of the total number of abducted Christians in the past six months estimated at 1,401. Added to total number of the slain Christians were 100 deaths representing the “dark figures of crime” or those killed but not statistically captured or recorded. In the whole, Boko Haram/ISWA accounted for death of about 200 Christians mostly killed in Christian and religiously mixed areas of Borno, Kebbi, Adamawa and Niger States. Jihadist Fulani Herdsmen took responsibility for not less than 1400 deaths while Jihadist Fulani Bandits accounted for the remaining 600. Dozens of churches were also targeted and attacked and destroyed or burned down by the Jihadists in the said past six months of 2022.

It must be remembered or recalled that International Society for Civil Liberties and Rule of Law (Intersociety) had in its ‘Special Int’l Report, Vol.1: 2022)’ of 5th April 2022 found that ‘no fewer than 5,191 Christians were hacked to death in Nigeria in 2021 and about 3,800 others abducted’. Our report also corroborated the Open Doors’ 2022 World Watch List (WWL) on global killing of Christians’ index, which disclosed that “4,650 Christians were killed in Nigeria between Nov 2020 and Oct 2021, higher than 3,530 deaths recorded in the previous year (Oct 2019-Nov 2020) and 2500 abducted as against 900 abducted in the previous year”.

The 2,543 Christian killings or deaths also indicated that fourteen were killed daily and 420 monthly while State by State breakdown indicates that Kaduna State is the worst hit with not less than 323 Christian deaths recorded in the past six months of 2022, followed by Christian parts of Niger State including Shiroro, Munya and Rafi Local Government Areas with 264 (213 deaths in Jan-March and 51 deaths in April-June) deaths. The third worst hit State is Plateau with 229, followed by Benue with 192, Taraba 176 (130 deaths in Jan-March and 46 in April-June), Borno 120, Ondo 112, Enugu 60, Abia 55, Kebbi 45, Ogun 40, Edo 30, Yobe 29, Delta 25, Bauchi 15 and Nasarawa and Kogi 15 deaths each; totaling 1,775 Christian deaths. The figures above did not include the following: 100 ‘dark figures of crime’, 140 Christian deaths arising that mandatorily occurred in the Jihadist custodies, 350 deaths arising from military’s ethno-religious killings and disappearances and 200 others arising from killings by Boko Haram/ISWA; bringing their grand total to no fewer than 2,543 Christian deaths in the past six months or January to June 2022.

Total Of 48, 187 Christians Hacked To Death Since July 2009 Boko Haram Uprising In Nigeria

In the past thirteen years and three months or July 2009 (Boko Haram Uprising) to June 2022, the Christian death tolls had risen to no fewer than 48,187, from 43,000 as at August 2021. The chief perpetrators or butchers have remained the country’s Jihadists comprising Nigerian Government aided and protected indigenous and foreign Fulani Herdsmen (fully transformed into Nigeria’s version of the Sudanese Janjaweed in 2016), the Fulani Bandits (formed for rural Fulani uprising against indigenous Hausas in Maradum, Zamfara in 2011, but religiously and economically radicalized by extremist state actors and others in 2017) and other indigenous and non indigenous jihadist pastoralists including state actor and non state actor procured mercenaries. Apart from ‘industrially’ targeting defenseless Christians and their sacred places of worship or learning for wanton attacks or destruction, the Jihadists excluding Jihadist Fulani Herdsmen also target and kill members of the Hausa Muslim population in Muslim dominated Northern States of Zamfara, Sokoto, Katsina, Kebbi and North, Kaduna, etc.

By available statistics and unrecorded others, Nigeria has in the past six months or January to June 2022 witnessed abominable abduction of not less than 50 Christian priests and out of this number, at least 30 were abducted on the ground of their faith including at least ten Catholic Priests. Among the abducted and freed victims is an Anglican Bishop. Priests have also joined the rank of those being abducted for non jihadist ransom. In Anambra State, for instance, not less than 10 Catholic Priests were abducted or their automobiles snatched at gunpoint between January and June 2022 by various kidnapping squads and their abductions were hardly made public. No fewer than eight Christian Priests including at least three Catholic Priests (Fathers Bako, Borogo and Odia, etc) were killed in captivity by Jihadists in the past six months. See the supporting statistics below for more details.

A total of not less than 700 Christians were abducted between January and March 2022 and between April and June 2022, not less than 701 others were abducted, totaling 1,401, out of which, not less than 140 or 10% died in the custody of their jihadist abductors. In the Southeast Triangle of Isuochi in Umunneochi Local Government Area of Abia State where Jihadist Fulani Herdsmen have seized and laid siege despite heavy military and police roadblock presence, dozens of abducted Igbo Christian travelers have died in the captivity of their Jihadist Fulani Herdsmen abductors. According to a freed victim of Jihadist Herdsmen abduction who was abducted on 15th June 2022 and freed on 17th June after payment of N20m ransom, “sites where they were dumped to decompose have been covered by swarm of flies and stenches were oozing out hazardously”. The Jihadist Captivity slain victims have died as a result of torture or gunshot injuries or captivity killings arising from their inability to pay ransom or submit themselves for rape/other sexual assaults (if ladies) and for professing Christianity and other religious or ethnic identities such as being ‘Igbo Christians’.

RELATED POSTS:  The Full Interview By Dr Obadiah Mailafia That Was Taken Down By The Nigerian Government

Our Sources/Intellectual References Contained In 10-Page Supporting Data Below

Intersociety has been monitoring, documenting and exposing the killing of Christians and burning or destruction of their sacred places of worship as well as persecution of minority Moslems in Nigeria or any part thereof since 2010. Intersociety is totally against religious intolerance and all forms of ethnic bigotry and intra and inter-denominational fanaticism including attacks against benevolent members of traditional religion and destruction of their symbols of worship such as sanctuaries and artifacts. We are firm believers in religious freedom and freedom of peaceful and tolerant worship as guaranteed by the Nigeria’s Fundamental Human Rights provisions and others contained in its signed and ratified or domesticated regional and international Rights Treaty Laws including the African Rights Charter of 1981 and UN Civil and Political Rights Covenant of 1976. Therefore, contained in the 10-Page supporting data below are gathered and verified sources/intellectual references. The backup statistics include contain names of slain and wounded Christians facing persecution in Northern Nigeria. In the backup statistics are also numerous verifiable local and international media reports, opinions, research and investigative findings and so on; and they include the Morning Star News (leading investigators of anti Christian persecution in Nigeria) and the Security Tracker Weekly of the US Council on Foreign Relations.

For: International Society for Civil Liberties and Rule of Law (Intersociety)