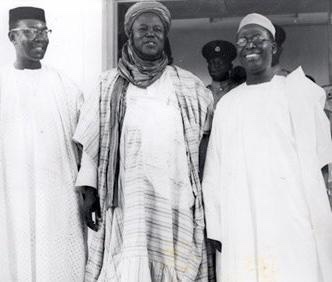 (1) As the debate the future of Nigeria rages, many people are clamouring for the dissolution of states and replacing them with regions as federating units. However, that proposal is based on raw nostalgic emotion that does not stand up to scrutiny

(2) During the First Republic, our regions were too large and unwieldy. Premiers were located in their regional capitals far away from the nooks and crannies of their regions

(3) Development did not extend to the nooks and crannies of these regions during the First Republic. In contrast, the 36 state structure has brought access to every of Nigeria’s 774 local government areas

(4) For instance all of Awolowo’s projects were in Lagos and Ibadan. Modern day Osun, Ondo and Ekiti states hardly felt the presence of Awolowo’s revolutionary infrastructural programme. For all his super-human efforts how could Awolowo as premier in far away Ibadan really develop remote Ijero-Ekiti?

(5) Likewise, in the Eastern Region, Michael Okpara’s major projects were limited to Enugu, Port Harcourt and Calabar. Most of the Niger Delta’s current problems date back to the neglect they suffered during that era

(8) Uyo was an agrarian backwater totally neglected until Akwa Ibom State was created in 1989. Today, Uyo has the best stadium in Nigeria among other major infrastructural developments. Ask yourselves what Uyo would be like today were it still part of the old Eastern Region

(9) State governments have brought immense infrastructural development to Nigeria. Would Kebbi State have had a rice mill if it was still being governed from Kaduna?

(10) People should stop harking back to a past glory that never was. If we have 42 self-sustaining federating units, with seven in each group-political zone, each generating at least $100bn, Nigeria will become a G-7 nation by 2050. Our problem today is that we have intellectually lazy governors who cannot make their states self-sufficient. There is nothing wrong with the state structure. It is the calibre of people running them that is the problem.

PDP Denies Rumours Of One Of It’s South-East Governors Leaving The...

Lessons From The Civil War Would Help Us Address Past Mistakes...