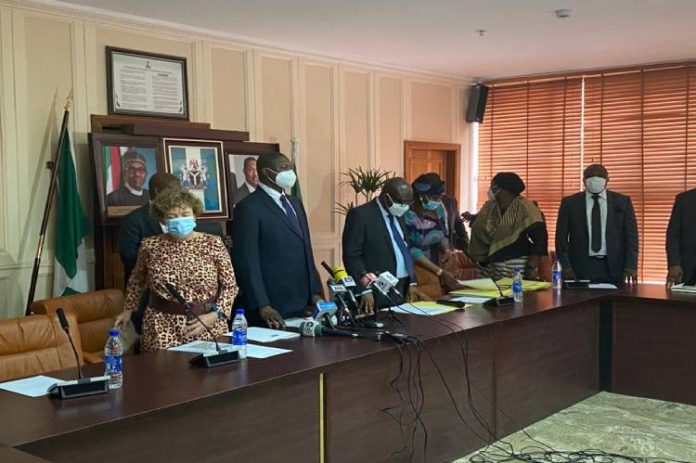 A memorandum of understanding has been signed between the Nigerian government and the UK government for the return of confiscated assets of former governor of Delta State Jame Ibori from the United Kingdom.

Nigeria’s Minister of Justice, Abubakar Malami made this known to newsmen while receiving the British high commissioner Catriona Laing at the Federal Ministry of Justice in Abuja

He noted that the federal executive council has directed that the returned assets which is 4.2million pounds to be used for the completion of the 2nd Niger bridge, Abuja-kano expressway and lagos-Ibadan expressway.

These projects will be supervised by the Social investment Authority

On her part the British high commissioner says efforts are being made to recover money directly from the former governor.

She stressed that money obtained through theft or criminality is not welcome in the UK, and the British government will ensure that the monies are returned to where they belong.

The monies will be returned in the next few weeks.

He pleaded guilty at London’s Southwark Crown Court in 2012, to 10 counts of fraud and money-laundering.

He was sentenced to a 13years imprisonment.