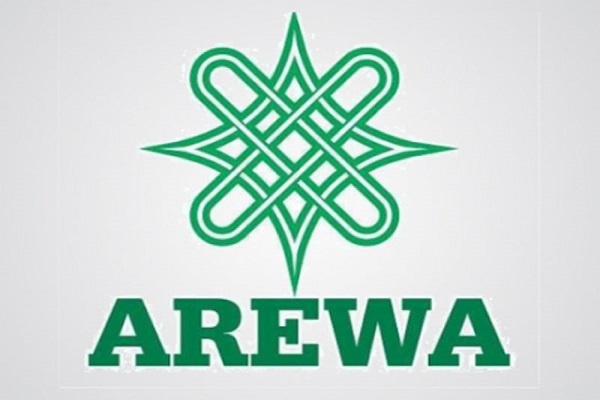 Awareness about this 1999 Constitution fraud has spreadthrough the actions of the non-violent NINAS Movement,seeking to regain the inalienable right to Self-Determination for indigenous Ethnic Nations of the South and Middle Belt.NINAS also identified for Nigerians that this Constitution is the tool used to bring about Ahmadu Bello’s infamous Declaration of 1960 that the Caliphate Agenda is to “ruthlessly” turn Nigeria into an “estate” of the immigrant and settler Fulani, by hijacking the Self-Determination, and usurping the Sovereignty, of indigenous Ethnic Nations.

Today, indigenous Ethnic Nations are again at the crossroads of having the POWER and having the CHOICE to either grab hold of Self-Determination to control their destinies, or to shrug awaythis opportunity, and give themselves and their future over to certain Fulani terror and Caliphate conquest. Lawyer Dele Ogun captured it well in his recent video interview of 3rd July 2022 by The Idea Review, titled, “Dele Ogun On The Moment That Nigerians Missed The Road To The Promised Land & The 1999 Constitution”. Here is an excerpt from the interview:

Question: Is there a single point that you can point to as the point that Nigerians themselves missed the road?

Ogun: If I had to pinpoint, it would be the 1999 so-called elections (Obasanjo) because we had them on the back foot at that point, and the position that been taken by the movement for national reformation that was led by Chief Anthony Enahoroand the PRONACO groups. Pro-national conference that’s what it stood for, the position that they had taken was that we’re not going to participate in any elections until we see the Constitution.

The ultimate power that people have is to say we’re not coming. We’re not going to participate. And at that point they could have. We had the opportunity of securing a new constitutional settlement… But we missed that opportunity. It was traded in, and the ultimate beneficiaries were the Obasanjos who got the appearance of power because they were now enjoying themselves as President, and all the other hangers-on. But that was a key missed road and we’re back there again now, because the 1999 Constitution is now widely acknowledged as a fraud.  It contains the Declaration we the people gave ourselves this Constitution. But it’s a bit like those Treaties Of Protection that we started with, drafted by one side and just imposed. Nobody knows who drafted the 1999 Constitution so it was a diktat. It has now crashed.

Once more we’re now at that point of a fresh start. So we’re back to the crossroads once more. And then comes an issue of are we going to go again for the shortcut, the cheap solution? Or are we going to stand our ground, and say this needs to be dealt with once and for all?

RELATED POSTS:  “#ENDSARS IS NOT ENOUGH, YOU MUST GET INVOLVED IN POLITICS”, PROF MOGHALU TO NIGERIAN YOUTHS

So, Nigerians are today at the stage where the Fulani Caliphate is AGAIN at a DISADVANTAGE! Will the indigenous peoples do the right thing for themselves and their children by gettingfree from the Caliphate Agenda created by the fraud called the 1999 Constitution? What is clear is that the Caliphate is verydesperate for Nigerians to consent to have Elections 2023 under the 1999 Constitution, because by that, the life of that Constitution gets renewed when the winner swears an Oath of Office to uphold that fraud, which is the power source of the Caliphate.

The Fulani Caliphate System, aka Unitary Nigeria, needs legitimization by the people coming out and participating in the normally rigged, confused, and violent process called “elections”. Participating with them – that is all the consent that the Caliphate needs from Nigerians.

On the other hand, indigenous peoples of the South and Middle Belt can be sensible and conscious, and refuse to assist the Fulani Caliphate Agenda. They can take a stand by insisting that Elections 2023 under the 1999 Constitution be stopped and instead there is to be a Transitional Government where the Constitution fraud gets fixed. The peoples’ NINAS Movement is at hand, and has a FRAMEWORK on the Table since 16 December 2020 when having Repudiated the sham 1999 Constitution, they Declared a Constitutional Force Majeure to terminate the operation of that 1999 Constitution. What now remains is that instead of participating with the Fulani Caliphate, indigenous peoples should participate in freeing themselves from being conquered, by planning for Self-Determinationmulti-Regional Referendums that would take place under United Nations supervision during the time-bound Transitional Government.

The very important message from NINAS is this: The Fulani cannot conquer Nigerians except by the CONSENT of Nigerians themselves. Going to Elections 2023 is giving consent to the Fulani to continue.

We know that in 1999, Nigerians obeyed the Fulani Caliphate and the flawed characters among their own people, so foolishly went for elections without having seen any Constitution – and today we see the wreckage of that choice: invasion by armed Fulani, Islamic terrorism, land grab by Fulani, RUGA Fulani colonies, and soon likely the loss of their waterways to Fulani control. The Restructuring of Nigeria into the estate of the Fulani is ruthlessly and violently happening! The indigenous peoples of the South and Middle Belt have the POWER now, the Alliance now, and the NINAS Framework now to cause the Fulani Caliphate to draw back.