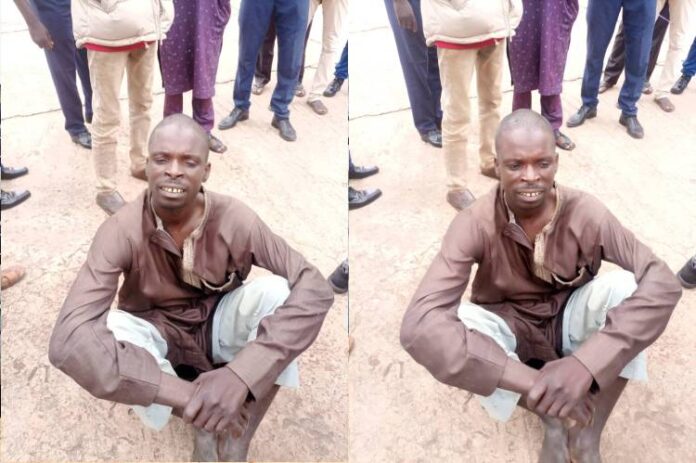 A suspected member of marauding bandits terrorising Communities in Sokoto state has been arrested by men of the Nigerian Security and Civil Defence Corps (NSCDC), Njenje Media News reports.

The suspect identified as Bello Galadima was arrested in Sokoto metropolis when he came to buy sexual performance enhancement drugs.

The spokesperson of the corps in the state, Hamza Illela, said Mr Galadima was arrested in Hamma Ali community following a tip-off, TVC News reports.

According to him, the corps at about 0600hrs on Tuesday, arrested a wanted notorious bandit following an intelligence on his activities and movement from the members of Hamma Ali community.

He said the command directed its intelligence team to liaise with the arms squad unit , which eventually led to the arrest of the suspect

According to the spokesman, the state Commandant of the Corps, Muhammadu Dada, commended Hamma Ali community for providing timely information to the security agency which helped them to arrest the suspect.

Mr Dada reassured them of the agency’s commitment to safeguarding their lives and properties.

Pensioners Set For Nationwide Protests Over Consequential Adjustment Of Pensions