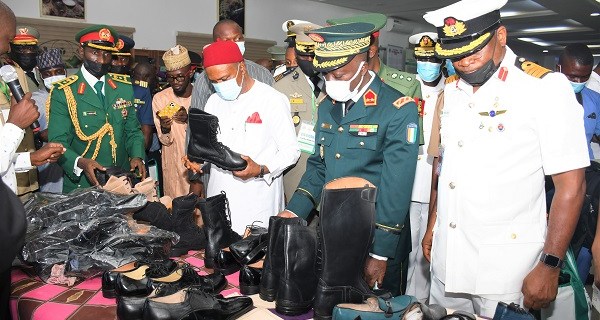 Nigeria’s Minister of Science and Technology Dr Ogbonnaya Onu has declared that the integration of the military through sports would aid in solving security challenges in Nigeria and Africa in general, Njenje  Media News reports.

The minister, speaking after being made the patron of the Sahel Military games by the Organisation of Military Sports in Africa, (OSMA), which is to be held in Nigeria, said that the games would not only be of benefit to the African armies but to the entire continent.

OMSA is a military sports organisation made up of 53 African countries with the aim of restoring peace and security in the continent through games.

‘I believe very strongly that by using sports to integrate the military, they will get to understand themselves. They will know that nations can’t separate us, we are Africans and we must work together to make sure that we stamp out all nature of insecurity in our continent.

‘In the ministry, we have 17 agencies and all of them are interested in making sure that they help to protect our nation and ensure that our military one day, not too far from now we continue to grow in self-reliance,’ he stated.

The minister further added the only way through which poverty could be eradicated from the continent is by inspiring African students to fully embrace subjects in Science Technology Engineering and Mathematics (STEM).

OSMA board president Brigadier General Maikano Abdullahi, earlier in his remarks, stated that the upcoming Sahel games are to encourage military integration and promote peace, particularly in the Sahel sub-region.