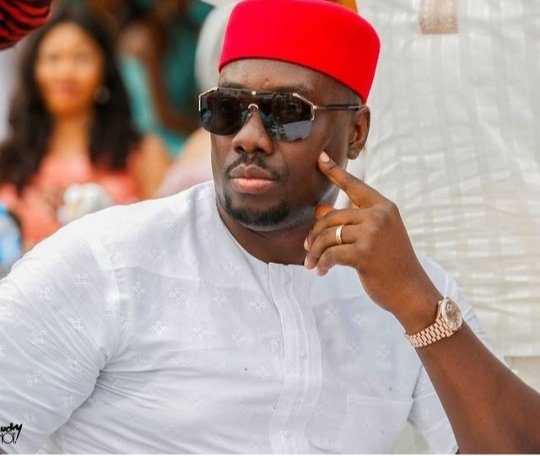 Unfortunately, Nigeria is a place where history is never consulted or cared about.
Hence anyone can pontificate ad infinitum and expect to be applauded.
Such is the case of Dr. Rueben Abati.
Many of us grew up respecting and seeing him as a beacon of what a true Nigerian should be like.
Especially, during his Patitos Gang days. He was always espousing patriotic platitudes and very good in dropping poignant thought capsules, deemed essential for optimum national growth.
But subsequent events and situations that involved him, outed him as the typical whited sepulchre.
He came down hard on Obi Cubana and the way the young man and his friends buried his mother, in the process, using appropriate words to situate most of Nigeria’s ills on the activity at Oba.
He was in such a hurry to crucify that young man, he either deliberately or ignorantly ascribed an older and unrelated video of scantily dressed women cavorting in a lucre filled swimming pool as part of the events at Oba! How convenient!
The fact is, Rueben is and continues to be, a paid watchdog of the old order!
He revels in their adulation of his writing prowess and seeks opportunities of reassuring them of his readiness to defend what they stand for.
Imagine comparing the burials of Adenuga and Aig Imokhuede mums with the burial of Obi Cubana’s mother?
Any well intentioned comparison, should factor the following facts,
The advent and capacity of social media, to multiply the the noise level of activities.
The ages of the respective mourners.
The profession or industry of the mourners.
However Abati would wish to reduce the extravaganza of Adenuga’s mum’s burial, it was described as the MOST LAVISH burial in Nigeria then. The time to refute this appellation was at the time the claim of Adenuga’s extravagant spending was made, not now when Abati conveniently needs to reduce what was said about Adenuga’s mum’s burial in order isolate the Oba burial as an obscene outlier.
We challenge him to give us links to his condemnation of the amount of money spent on that Madam Adenuga burial?.
Aig Imokhuede is a banker, Obi Cubana is into entertainment, it’s a lot of stretch to expect activities of practitioners in two opposing sectors to be the same. Bankers are by their training and profession, rather conservative in nature.
A pastor mourning would of course attract pastors to come and commiserate with him. Expect pastors after pastors to use the opportunity and preach and compete for both lost and fresh new souls.
Same as a musician attracting fellow musicians to his event, expect musicians to mount the stage and seek to outperform each other.
In Obi case, he is into showbiz, club management, realty, those are the people we saw at Oba. Should we then expect a musician at an event to behave like a pastor or banker?
Whilst Rueben Abati was waxing lyrical and teary with the calibre of personalities who visited with Aig Imokhuede, the report from the main street shows only anger and contempt for those same people, who reduced Nigeria to a shadow of itself.
The ex CBN governors, ex Governors, ministers and even presidents who went to commiserate with Aig, were the clutch of leaders who managed the affairs of this nation for decades.
If the national report cards of their combined leadership are;
Insecurity
Joblessness
Brain flight
Comatose economy
Low value Naira
Why should Nigerian main street respect them? Convince me!
It’s only someone who had been sucking from their nipples like Abati who, understanding what he gains from them could nonchalantly prefer to praise them than young men, who instead of running from the country mismanaged by the likes of those serenaded by Abati, opted to stay back, create values from almost nothing, provide employment and seek their own ways of rekindling hopes in our youths.
The average scion or child of those commiserating with Aig is out of Nigeria, but those who came to Oba preferred to stay back and stick it out with Nigerians.
The average American graduate is weighed down by student loans.
The billions of dollars, spent by Jeff Bezos in going on a wild goose chase into space could have been used to wipe out student loans, but he chose his passion.
Expect Abati to praise him!
In all of Abati’s vituperations, he avoided mentioning the N300M Obi Cubana provided to lift 300 hundred Oba youths and by extension 300 Oba families out of poverty. How many of those he prefers to praise, have effected that quantum of empowerment in their private capacity!
If all those who attended the preferred burial of Abati had set up similar endowments from the funds they siphoned from either their corporate entities or government positions, millions of Nigerian youths could have been lifted out of poverty.
But as long as the likes of troubadours like Rueben keep on singing their praises instead of telling them the home truth of their being part of our present predicament, they would rather be buying art paintings of millions of dollars instead of helping the youth.
Would the average youth on the street prefer the conservativism of the Reuben people with their Chop alone/ chop and clean mouth attitude or the money spraying cum 300 million approach?
I am sure the preference would be for the latter.

Why are some of these our writers selectively tone deaf?
If he apportion the level of wrath he spewed on the Oba burial on the actual causes of Nigeria’s current situation, we could begin to see positive changes in governance, rather as a watchdog of the elite, he prefers to treat them with puppy glove, whilst he bullies those he believes are unknown or the nouveau riche! Really typical.
Late Senator Kashamu Buruj was being sort for extradition on drug related charges to the USA!
Somehow, he managed to be a candidate for Ogun state governorship election.
His extradition status was in the public domain, guess who agreed to be his running mate? The watchdog of the elites himself. Rueben Abati!
For some of us, “E come dey clear for our eyes” as Fela sang.
How could a social critic, an evangelist of good governance, agree to be the running mate to Buruj?
Some even wondered if it was possible that the angel known as Abati could sit in the same room as Kashamu?
Alas, the rumour was proved to be a fact!
This Abati, surely possess an Achilles heel like other politicians.
So did the rumour of his arrest by the EFCC swirl, some of us refused to believe such could be possible.
But then, it was a fact too Rueben Abati was arrested for receiving N50 Million from Dasuki, which he claimed to have used for media work.
Asked to provide receipt, he was unable to, instead claiming brown envelopes don’t elicit receipts!
So Abati is a giver and recipient of brown envelopes?
When did such a man then imbue himself with the cloak of impartial justice, when he is equally guilty of what he condemns?
In organized climes, Reuben Abati should have quietly eased into the sunset, based on his apparent failings, instead he struts the stage, hoping to convince his handlers of his importance to their cause.
The propriety or otherwise of Obi Cubana’s mum’s burial should not be within the scope of an Abati critique, he is now seen by Nigerians as a flawed umpire.
His courage and impartiality, if he ever had such values, are now non existent and at best suspect, since he went to dine with political devils without the expected long spoon. He chose to attend such dinner without a spoon at all, rather preferring to be fed by the political devils by hand.
One cannot serve two masters at the same time!

Since Abati had chosen to eat with compromised politicians , he is now a flawed social activist.
By Izu Osuigwe.