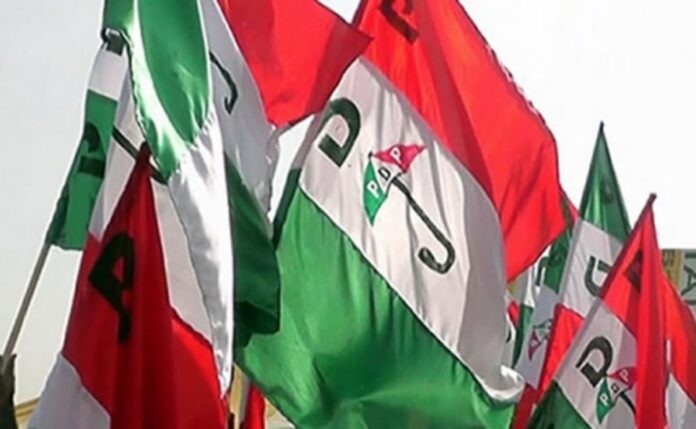 INEC had earlier removed Adebutu and 39 other candidates of the PDP from its list of candidates in Ogun State, citing a court order.

DAILY POST recalls that an Abeokuta Federal High Court on September 27 ordered the electoral umpire to remove all PDP candidates after nullifying all its primary elections.

But, the Ibadan Appeal Court set aside the judgment on November 28, saying Segun Seriki, Taiwo Olabode, Samson Bamgbose and others did not have the locus standi to challenge the primaries as they were not aspirants.

In a statement titled, ‘Amended List of Final List of Candidates Pursuant To Court Orders’, INEC recalled that it published the final list of governorship candidates on October 4, 2022, in accordance with the provisions of Section 32 of the Electoral Act, 2022.

“After the said publication, the Commission was served Orders of Court in respect of the nomination of candidates for Governorship, Senatorial, House of Representatives and State House of Assembly elections.

“By virtue of the provision of Section 287 of the Constitution of the Federal Republic of Nigeria, 1999 (as amended), the Commission is bound to enforce the Orders of Court on the Nomination of candidates by political parties in the affected Constituencies,” it was said.

RELATED POSTS:  2023: What Tinubu Must Do To Have Our Backing -- Arewa Youths

Consequently, INEC said the lists of candidates were amended pursuant to the Orders of Court served on it as of December 21, 2022, for upload on its website.

With this, all Ogun PDP candidates, including Olumde Aderinokun of Ogun Central, Toyin Amuzu of Abeokuta South Federal Constituency and others, have been reinstated as contestants in the 2023 polls.

Meanwhile, the Ogun Central senatorial candidate, Aderinokun, and the Abeokuta South House representatives candidate, Amuzu have commenced their campaigns in earnest, appealing to voters to stand with the PDP next year.