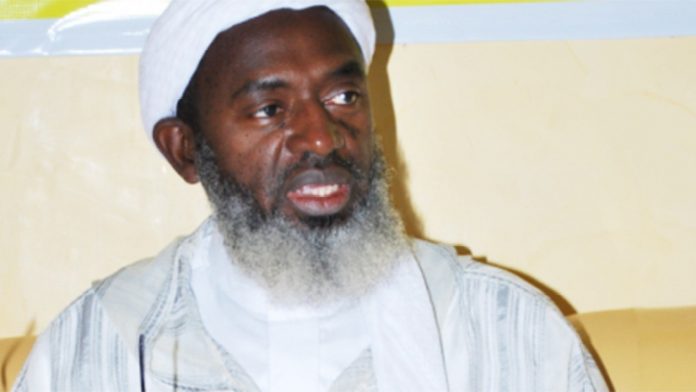 The Ohanaeze Ndigbo Youth Council, OYC, has called for the immediate arrest of  Islamic cleric, Sheikh Gumi, following his inciting interview with BBC Pidgin, where he was reported to have compared the late Igbo warlord, Dim Chukwuemeka Odumegwu Ojukwu with the bandits, Njenje Media News reports.

Ojukwu led Ndigbo to the Nigeria/Biafra civil war which lasted for three years, claiming millions of lives, and Gumi now believes Ojukwu committed the same offence like the bandits.

In his reaction to Gunmi’s assertion, the OYC President-General, Mazi Okwu Nnabuike said he was surprised that Gunmi was still walking the streets a free man.

He wondered that despite glaring evidence that Gumi was in deep romance with terrorists, the security agencies had looked the other way while things worsened in the country.

“There is no doubt that Nigeria is at a crossroads in its journey to nationhood. Never in the history of the country has it witnessed such orge of violence and criminality being perpetrated by terrorists hiding under different nomenclatures.

“However, more worrisome is the fact that the chief mobilizer and the spokesman of the terrorists, Sheikh Gumi has been left to be walking freely despite clear evidence that he was part of Nigeria’s security problems.

“Ranging from his claims that bandits are not terrorists, to his mindless comparison of bandits with the IPOB and now Dim Odumegwu Ojukwu, it is clear that Gumi has turned the chief spokesman of terrorists and should be arrested and prosecuted.

“He did not start today as his track record shows that he was part of those that laid the foundation to what we are seeing today; his divisive and inciting messages are not new in the country. It is now time for security agencies to do the needful as this is the only way to end the current mindless killing and kidnapping of Nigerians,” OYC said.

Before Disturbing Me, Go After Gumi, Shekau, Bandits — Sunday Igboho...

Southern Nigeria Will Boycott 2023 Polls If APC/PDP Fail To Zone...