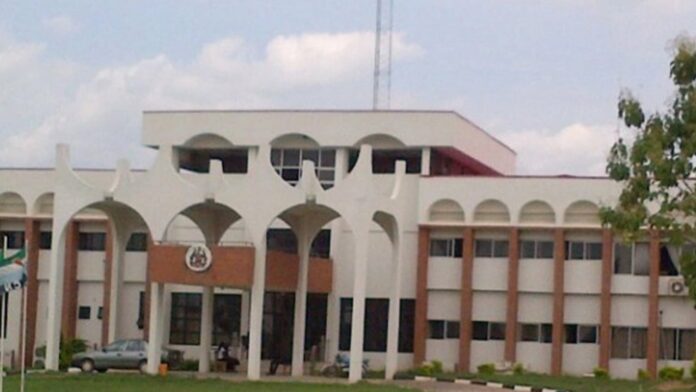 The Osun State House of Assembly has resolved that the issue of local government administration should be left to the court of law, Njenje Media News reports.

It ordered a status quo on all LG/LCDA/AC administration pending the exhaustion on all legal means.

The Assembly made this known while congratulating the newly sworn in Govenror of the State, Senator Ademola Adeleke during plenary on Tuesday.

Owoeye said a notice of appeal against Friday’s Federal High Court judgment was served on the 7th Assembly on the issue of local government administration.

Also, the House Speaker, Timothy Owoeye while responding to recent events within the polity, said the legislative arm which is saddled with the responsibility of law making, only disagreed with the Governor on matters of law.

Owoeye while briefing members of the Assembly on the outcome of the private meeting he held with Governor Adeleke earlier in the day, stated that there now exists a mutual understanding that the House will be carried along on matters that concerns the legislature.

While thanking his colleagues for their service and steadfastness to the State, he said, “This is Osun State House of Assembly, anything we are doing has to be to the development and progress of this State, we have not done anything wrong or foul of the law.

“As an institution, we x-ray and scan whatever we disseminate because as far as the constitution of the Federal Republic of Nigeria is concerned, we are performing legislative duties and our functions as legislators.”

“When Aregbesola took over the mantle of leadership in 2010, the PDP-controlled local government was still in place and the status quo remained. Nobody dissolved the local government until all legal processes were completed,” the Speaker emphasized.