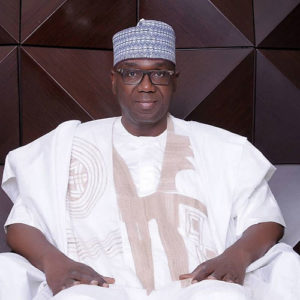 The Kwara State Governor, Abdulrahman Abdulrasaq, has been dragged before a Federal High Court in Abuja for allegedly using forged West African School Certificate to secure nomination for the 2023 governorship election in the state.

In a suit instituted against him by the Peoples Democratic Party (PDP), the Federal High Court was asked to disqualify the governor and the All Progressives Congress (APC) from participating in next year’s gubernatorial election.

The fresh suit marked FHC/ABJ/CS/1324/22 is filed on PDP’s behalf by a Senior Advocate of Nigeria, SAN, Chief Paul Erokoro, and has Independent National Electoral Commission (INEC), Abdulrahman Abdulrasaq and the All Progressives Congress (APC) as 1st to 3rd defendants respectively.

The Court was asked to invoke sections 171 and 285 of the 1999 Constitution as well as Section 29 of the Electoral Act to quash the planned participation of the governor in the forthcoming election.

PDP also prayed the court to compel INEC to delist the governor and APC from the list of cleared candidates and parties for the poll.

Specifically, PDP asserted that the WAEC School Certificate submitted by the governor, through the APC to aid his educational qualifications as provided in Section 177 of the 1999 Constitution was forged and did not belong to him.

Meanwhile, Justice Inyang Edem Ekwo has fixed October 28 for hearing of the suit.