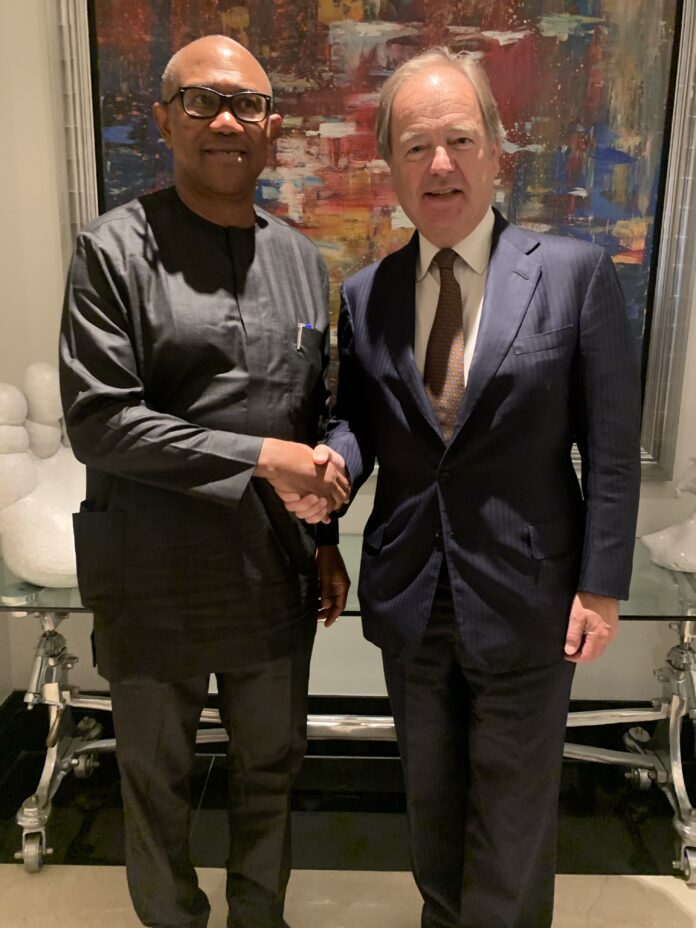 The former Governor of Anambra State and frontline contestant for the 2023 presidency, Mr. Peter Obi, has described the problem with Nigeria as mostly economics. Obi made this known while speaking with NewsBand London and Njenje Media International shortly after the meeting of selected persons among the commonwealth countries with the Prime Minister of Britain, Mr. Boris Johnson at his 10 Downing Street office.

Obi lamented that trade among African countries is very low, and called on African leaders to look inwards and concentrate more on the economic problems facing the continent that often result to political problems. He argues that when a continent gets her economy right, it would pull a lot of people out of poverty thus reducing tension and insecurity usually associated with poverty.

Obi who also took the opportunity to meet the UK minister for Africa, Vicky Ford, disclosed that she discussed issues affecting Africa, especially Nigeria with her. In Obi’s words: “We discussed about democracy and Political stability, trade and investment, education, especially the out-of-school issue as well as security matters with her.”

Lamenting on the state of the country, Obi said that what was happening now is a challenge to statesmanship and called on everybody that has the capacity to help to come forward and do so.