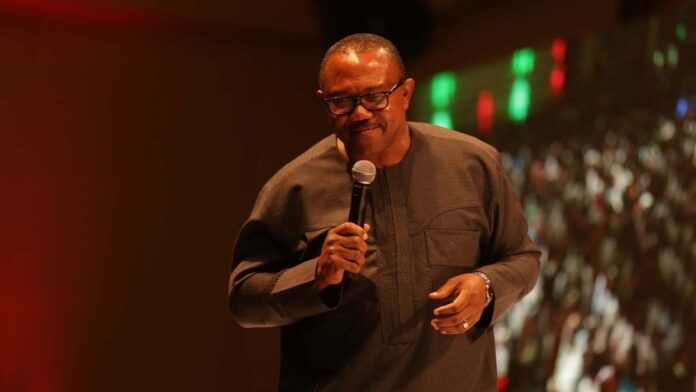 The group also noted, that the presidential ambition of the former governor of Anambra state, Mr Peter Obi is not negotiable.

POSN in a statement signed by its spokesman Sani Saeed Mohammed also warned the leadership of Peoples Democratic Party (PDP), against playing games with the Unity of the country because any attempt by the party to foist a northern candidate on the party members will adversely affect the future and fortunes of the party at the 2023 presidential elections and hurt the already shaky foundations of Federal Republic of Nigeria.

The group warned Nigerians not to grab defeat from the jaws of victory which Peter Obi’s presidential aspiration symbolises, and also warned the PDP not to play with the yearnings of Nigerians but to study the mood of the nation on rotational Presidency.

POSN in the statement said, “Our attention has been drawn to media report that Alhaji Atiku Abubakar, one of the presidential aspirants in Peoples Democratic Party (PDP) has opted for the former governor of Anambra state, Peter Obi as running mate ahead of 2023 Presidential race.

“We consider the report – which we understand is planted in a national newspaper as ‘arrant nonsense!””

“Peter Obi’s presidential ambition is not negotiable because he has repeatedly assured us and other Nigerians that have consulted with him that he is in the presidential race to win.

“The report that Atiku is considering Obi as a running mate is anothing but fake news obviously planted to test the waters and deceive millions of Nigerians that sees the Peter Obi Presidency as the last hope to rescue Nigeria.

“However, we are not surprised because Nigerians are aware that Atiku appreciates Obi’s sterling presidential qualities which was why he chose Obi as running mate in 2019.

“Finally, we hereby demand that the PDP party leadership must speak out immediately on the issue of zoning rather than playing hide and seek with the matter. The party leadership will be hearing from us on this important issue very soon because any attempt to foist a northern candidate on the party will have adverse effects on the future of the party and on the already shaky unity of the Federal Republic of Nigeria.”