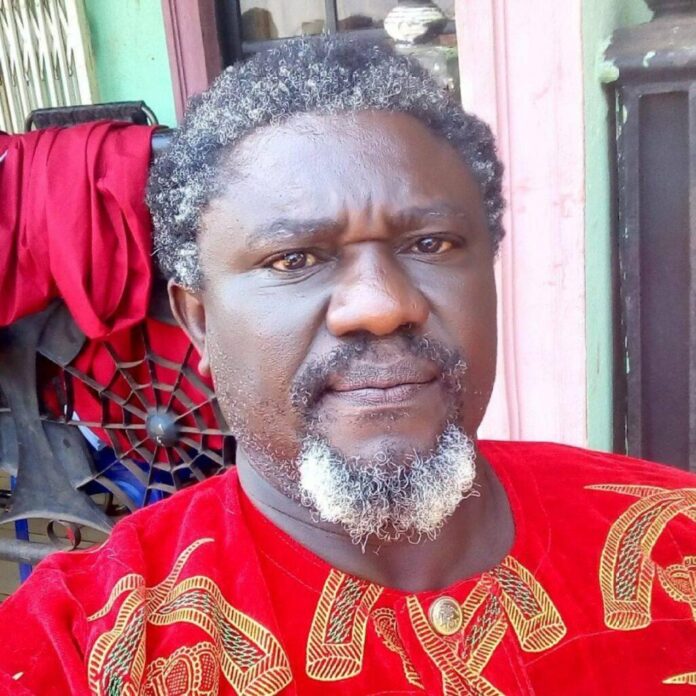 Osagie, 52, known for playing the role of a king in movies, died on Tuesday in his hotel room after a movie shoot, in the South East region.

Actress Ngozi Ezeh, who confirmed the sad news, said the actor was not sick but slept and did not wake up the following day.

Announcing his death, the actress wrote on her Instagram page: “I hate to say this but we have lost another Nollywood king, Sir David. He was not sick, it just happened. How do we explain this, another loss in Nollywood. Oh Lord have mercy. I mourn again oh.”

Also, confirming the sad news, another actress, Ibiwari, said the late actor filmed yesterday (Tuesday) and went back to rest hoping to resume filming today (Wednesday) but never woke up.

“This can’t be explained. Oh, he filmed yesterday and went back to rest hoping to resume shooting today but never woke up. Another king role interpreter is gone. What is this oh God,” Ibiwari wrote on IG.

Actress Isaac Chinwe described the late David Osagie as “a super talented actor,” adding “your death is a huge loss to the movie industry.”

According to actor Mike Ezuruonye, the late actor played his father in a movie he finished shooting days back.

The deceased was also a scriptwriter, producer and professional talent developer. He was known for playing the role of a King in most movies or as an elder kinsman. He also knew how to interpret his roles very well and can fit in any character given to him by movie directors and producers.

However, Osagie died few days after the National President of the Actors Guild of Nigeria, AGN, Mr. Emeka Rollas took to the Instagram page of the Guild to set up a three man prayer committee led by Apostle Eucharia Anunobi whose assignment is to will design a prayer link that members of the Guild would join across the country.

In his words, “Actors need a special day to call on God.”