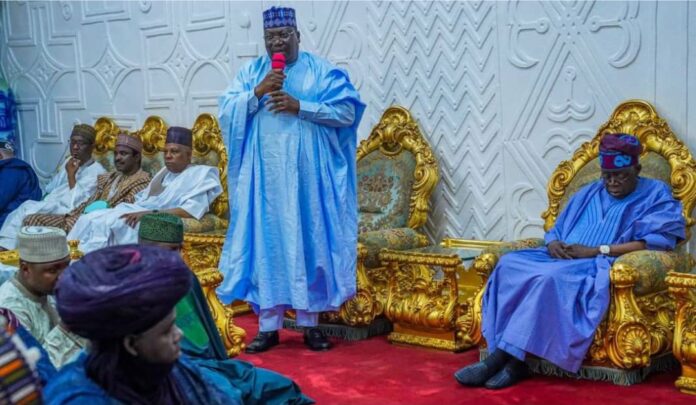 Presidential candidate of the All Progressives Congress (APC) Bola Tinubu was dozed into a nap on Saturday during a meeting with the Emir of Gombe, Abubakar Shehu-Abubakar, Njenje Media News reports.

Then, he stopped by for a brief homage and political meeting at the Emir’s Palace, accompanied by political bigwigs that included Senate President Ahmed Lawan and federal cabinet secretary Boss Mustapha.

IGBERETV learnt that Tinubu and his allies were at the palace to seek support of the highly-placed northern monarch for his 2023 presidential ambition.

In the course of the meeting, Tinubu was captured sleeping while Mr Lawan was holding the microphone addressing attendees at the emir’s living room.

RELATED POSTS:  Video: Tinubu Will Be Our Choice For President But In Yoruba Nation -- Sunday Igboho