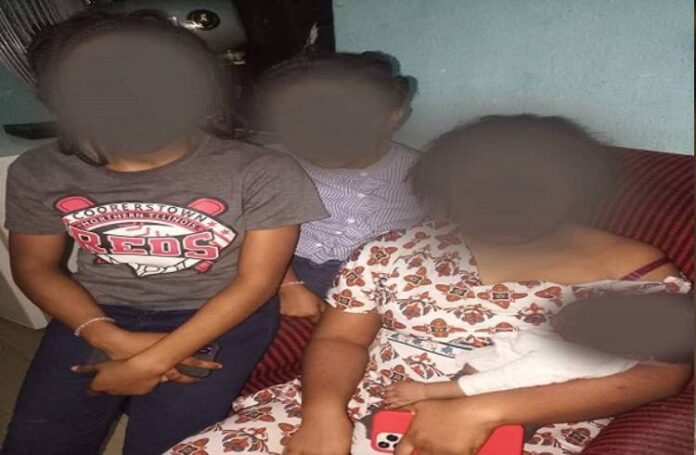 The police in Imo State have killed one suspected kidnapper when operatives stormed their hideout in a forest in Ngor Okpala Local Government Area of the State, Njenje Media News reports.

According to TVC News, the police also rescued four kidnap victims during the gun battle with the bandits.

The victims, a mother and her three children, were kidnapped by gunmen on August 19 around 1800 hours in their residence at Human Race Estate Naze in Owerri North LGA.

Imo police spokesman, CSP Michael Abattam, in a statement explained that three of the kidnappers were intercepted by a patrol team sequel to a report of kidnapping, on the same day by one Obinna Odika of Human Race Estate Naze in Owerri North LGA of lmo State, that his wife, Chinenye Odika, 27; kids Chika Mark, 9, Chisom Mark ,14 and Princess Odika, 6 months were kidnapped by gunmen in their Estate.

He said that the State Command’s Control Room, immediately disseminated the report to all the police formations and tactical units for prompt interception and arrest of the kidnappers.

“On the same day at about 2230 hours luck ran against the kidnappers, when the ever active Ngor Okpala police Division Patrol Team on receipt of the report intensified its patrols and in the process intercepted and arrested three members of the kidnapping gang namely; Udochukwu Edmund( 38) years of Umuezu Onitsha Ezinihitte in Mbaise LGA of Imo State, Uba Edmund 45 years of same address, John Okoroafor 33 years of Amucha Isu Njaba LGA of Imo State, and handed them over to the Command’s Anti-kidnapping unit for diligent investigation.

He explained that the suspects who confessed to the crime, led the Tactical teams to their hideout in a forest in Ngor Okpala LGA of Imo State.

BREAKING: Buhari To Be Interviewed On NTA By 8 pm