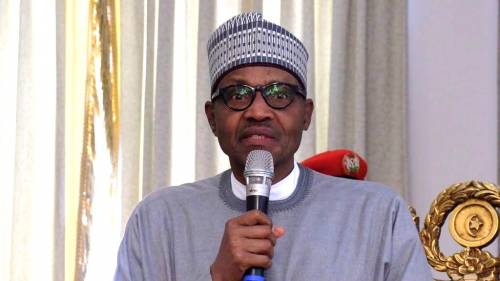 The Presidency has replied General Overseer of the Redeemed Christian Church of God, Pastor Enoch Adeboye, and other critics over warning of a possible breakup of Nigeria.

Adeboye had said that the Muhammadu Buhari-led government looks on while the country plunged into various insurrections and criminalities.

He said the restructuring of the country must be done “as soon as possible” to forestall a breakup of the various social-ethnic components that made up Nigeria.

Adeboye’s comment came after a series of agitation of secession by a section of the Yoruba calling for Oduduwa Republic.

He stated that the President will not give-in to the pressure of the critics calling for a breakup of the country.

Shehu said, “The Presidency responds to the recurring threats to the corporate existence of the country with factions giving specific timelines for the President to do one thing or another or else, in their language, “the nation will break up”.

“This is to warn that such unpatriotic outbursts are both unhelpful and unwarranted as this government will not succumb to threats and take any decision out of pressure at a time when the nation’s full attention is needed to deal with the security challenges facing it at a time of the COVID-19 health crisis.

“Repeat: this administration will not take any decision against the interests of 200 million Nigerians, who are the President’s first responsibility under the constitution, out of fear or threats especially in this hour of health crisis.”

RELATED POSTS:  BREAKING: Soludo vows to fish out killers of Fatima, her 4 kids

Shehu said Buhari will continue to work with patriotic Nigerians to find “solutions to structural and other impediments to the growth and wellbeing of the nation and its people.”