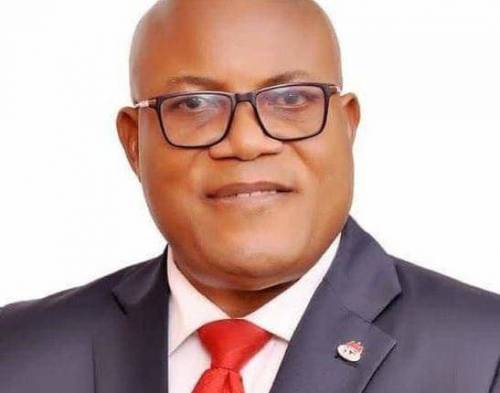 The Senior Political Adviser to the governor of Delta State, Funkekeme Solomon, has accused the Independent National Electoral Commission (INEC) of pandering to the interests of the ruling All Progressives Congress (APC), NjenjeMediaNews reports.

Solomon said ideally, the APC should no longer have the opportunity to produce a presidential candidate for the 2023 election if not for INEC’s bias toward the ruling party.

The governor’s aide also called for the total scrapping of Section 84 (8) of the Electoral Act, saying that some provisions in the law amount to ridiculing the democratic process.

Solomon, who spoke in Asaba, the state capital Thursday, alleged that the commission was working with the ruling party to sabotage other political parties in the country so as to continually remain in power.

According to the former deputy speaker of the state House of Assembly, “By suddenly extending the deadline for the conduct of primaries by the parties and the time it chose to announce it, INEC was basically indulging the APC which had displayed the lack of organisation and focus that have been the hallmark of the party in the past seven years.

“After insisting that it would not alter the election timetable and after both APC and PDP had conducted primaries up to governorship level with PDP already gathered to conduct its presidential primary, there is no logic in INEC’s decision to suddenly extend the deadline by one week.

RELATED POSTS:  Why I Was Involved In The Removal Of Uche Secondus As PDP Chairman –- Wike

“It smacks of connivance for INEC to unilaterally shift the goal post at a time the parties had almost concluded the primaries to favour a party that is not prepared to play by the rules that had been long established by the electoral umpire. It is a cause for serious concern.

“But despite having the goal post shifted in its favour, APC has shown that its disastrous management of the economy and polity is not an accident. It showed that the party is not organized and has no capacity to make Nigeria prosper,” Solomon, stated.

On the electoral act, Solomon insisted that the Act is over-regulating political parties and denying them the opportunity to be inventive and proactive in improving the dynamism inherent in a multi-party democracy.