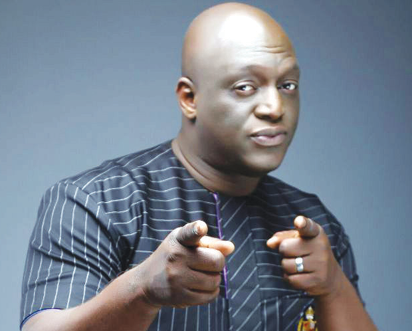 By Rita Okoye and Paul Osuyi

Popular gospel singer and Welu Welu crooner, Sammie Okposo, who died yesterday is singing with the angels, according to his family, Njenje Media News reports.

The musician slumped and died on Friday morning at the age of 51. However, according to the statement released by the deceased’s sibling, Hector Okposo, the family is consoled because Sammie is happily singing with the angels in heaven.

“We are consoled because we know he (Sammie) is with Jesus singing with the angels,” the statement noted. “We kindly request that the family is allowed to grieve peacefully at this time.”

Sammie Okposo made headlines early in the year after he publicly apologized to his wife, Ozioma for cheating on her with another lady in the United States.

In the statement of apology, which was shared on his Instagram page, the deceased lamented and regretted the incident, which he noted happened in 2021.

The musician further stated that the development has seen him step aside from ministerial work until “full restoration.”

Meanwhile Governor Ifeanyi Okowa of Delta State and the vice presidential candidate of the Peoples Democratic Party (PDP), has commiserated with the Okposo family and people of Isoko nation in the state over the passing of the renowned gospel singer.

Okowa, in the condolence message by his Chief Press Secretary, Mr. Olisa Ifeajika, in Asaba, expressed sadness over the passing of the “Wellu Wellu” crooner, saying that it was a big loss to the deceased’s family, Deltans and lovers of gospel music across the world.

RELATED POSTS:  What happened after I parked outside Tiwa Savage's house

According to him, the passing of the popular gospel artiste is a big blow to music lovers, his family, Ivori-Irri community and Isoko nation, considering his immense talent and outstanding contributions to the growth of gospel music locally and globally.

The governor described the late Okposo as a “gentleman gospel artiste”, who contributed to the growth and development of modern entertainment industry in Nigeria.