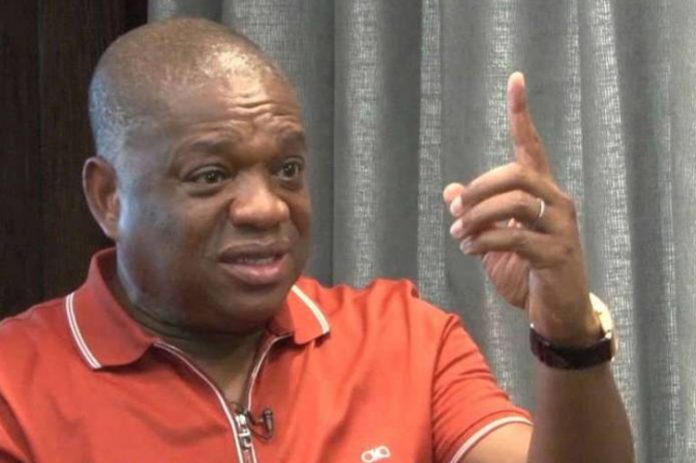 Senator representing Abia North District and former Abia Governor, Theodore Orji has refuted claims in some quarters that former governors are in the sense to sleep.

He described as baseless and untrue assertions that former state executives in the debate were unproductive.

Njenje Media News reports that Orji made this known while inspecting his constituency project are Okwuta Primary School, Isieke Ibeku.

In his words at the event, the Senator said;

“You see, all this hate speech – people saying that former governors are there sleeping. Are we sleeping and producing those bills? They say former governors go there to relax, they are sleeping, and that they are not doing anything. But you see the output of one person and all of us. Combine them and you will know the total output that we have generated in the senate.”

Senator Orji further added that the classroom projects was one of the three projects earmarked for the constituency.

According to TVC News, the former governor explained that the 12-classroom block, as part of his constituency projects will improve the enrolment of more pupils and help provide a conducive environment for teaching and learning.