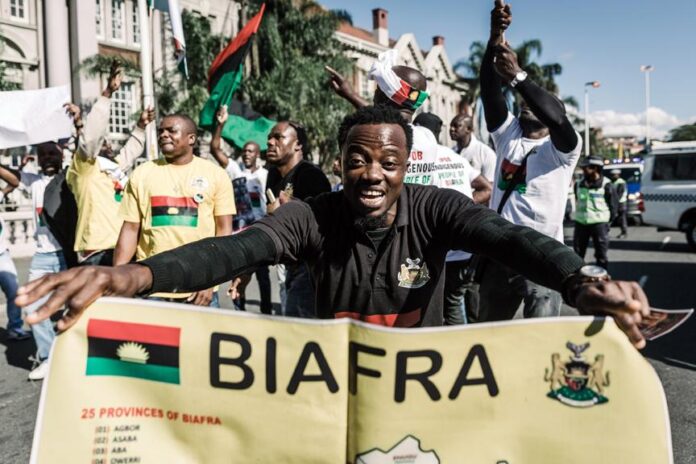 I have written articles about revamping our security architecture, reached out to leaders in the zone and engaged privately with security agencies and youth leaders to help douse the tension. The results are not as encouraging as I hoped. Yet I am still hopeful.

During my talk at The Platform in 2021, I warned against the so-called Unknown gunmen phenomenon, noting that “you can start it, but you can’t stop it”. That warning was against any form of violent insurrection.

I have consistently defended the right of IPOB to agitate for anything, including secession, provided it is peaceful and within the legitimate right of any Nigerian to associate and promote any agenda freely.

No group in Igboland since NCNC and NPP had mobilised Igbos like IPOB has done. They tapped into a deep well of discontent in the land and used the tactics of the growing nativist nationalism sweeping around the world to gain a following. They created the “they vs us” and, with the thoughtless mismanagement of our national diversity by the government of the day, found a fertile ground. That their message resonated with the people is a reflection of the deep sense of hopelessness in the region.

I was of the opinion and still believe, that the Nigerian State partly causes the anger in Igboland through sheer incompetence and a post-civil war mentality of containing the Igbos. The more significant source of the anger, however, is the poor and unaccountable leadership in Igboland.

I am of the considered view that IPOB should focus its gaze on the leadership in Igboland, force accountability and elect people capable of using the zone’s resources to build a liveable homeland that embodies the concept of Biafra as a prosperous refuge for Igbo people.

An example I love to give is that the tallest building in Enugu today is the ACB Bank headquarters, built by the Eastern regional government in the late 50s. Sixty years after, with Enugu state receiving more money than Eastern Region in real dollars, the environment has not enabled a building reflecting the hopes and aspirations of the Igbo people. Yet, Ernest Azudialo, an Igbo businessman, built the Nestoil towers in Victoria Island Lagos.

Why are Igbo states hostile to private capital? Why is governance in Igboland not reflective of the triple values of uche, uchu and egwuchukwu that embody Igbo virtues? The problem is not only the marginalisation by the Nigerian state. It is primarily the failure of local governance from Local to State governments across the East.

The resort to forming a Security Network ostensibly to ward off armed herders, who destroy and pillage communities, marked the beginning of a new dimension in the mobilisation that has now been hijacked. It has created opportunities for criminal activities, which is killing the Southeast.

Criminal elements and misguided youths have plunged Igboland into a cycle of violence that, if not checked, will be difficult to contain and lead to the decline of the already poorly governed region.

The world has seen hitherto progressive states decline to almost a Hobbesian state of nature where life is “nasty, brutish, and short.” Afghanistan was once a progressive state. Harare, following Mugabe’s wrong priorities, shot itself in the head. After the collapse of the U.S. car industry, the city of Detroit showed that failure could happen even in a developed country. At home, the once beautiful city of Maiduguri is now a metaphor for devastation. The Southeast is on the path.

The killings have to stop. Genuine agitators should step forward and disown the criminality going on. The Federal Government should fast-track Nnamdi Kanu’s trial or promote a negotiated settlement that will demobilise armed groups and return IPOB to the path of peaceful agitation.

There are still many groups promoting the Confederate philosophy in the US after over 100 years of the war of secession. The onus is on the federal government to make the union attractive by building that middle ground of national inclusion.

The amnesty offer by Gov Chukwuma Soludo and the Church Leaders is an opportunity. The gunmen should take it. Igboland cannot afford the double jeopardy of poor governance and descent to anarchy. We will be the losers. We can’t bite off our noses to spite our faces. Only ‘Onye Ala’ will burn his yam barn and exclaim with glee that he has dealt with his enemies. Those who are the cynosure of all eyes should not play with ash.