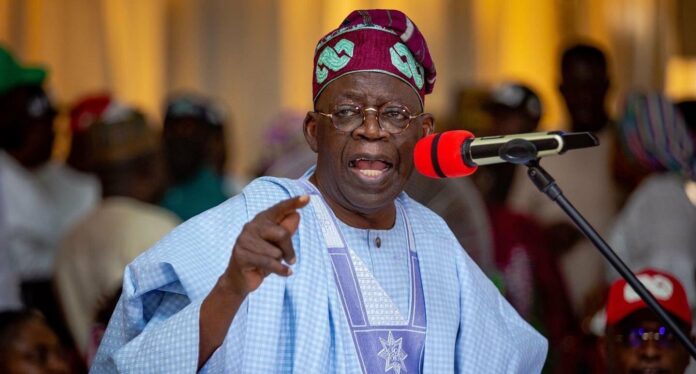 Governor Badaru stated this when he received Tinubu in Kano on Sunday.

Tinubu was welcomed on Saturday by the Governors of Kano, Jigawa and Zamfara States at the Mallam Aminu Kano International Airport alongside thousands of supporters.

” Tinubu is the only friend to the north, he supported five different northern presidential candidates including Shehu Shagari, Umar Musa Yar’adua, Atiku Abubakar, Nuhu Ribado and President Muhammadu Buhari. So it is payback time and we are ready, we are honest people, we respect keeping to our promise and we are ready to compensate you for what you have done for the North. ”

Governor Badaru, however, urged Northerners to come out and massively vote for the All Progressives Congress APC presidential candidate in the 2023 General elections.

RELATED POSTS:  Dan Ulasi’s many lies about Peter Obi and the reason behind them - Valentine Obienyem