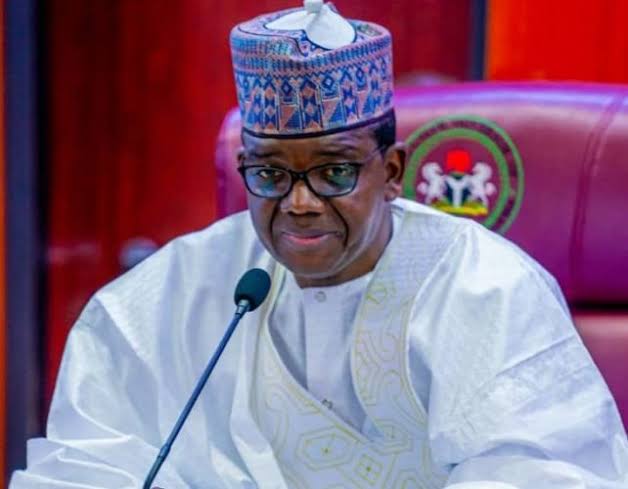 The Governor of Zamfara State, Dr. Bello Matawalle has in a terse statement lamented what he termed as an unwarranted and sponsored attack on the North by what he coined the ‘unfriendly’ South.

Njenje Media News reports that Matawalle, an opposition PDP governor in the statement bemoaned the constant provocative actions of some Southern Elites against the interest of the North and the destruction of properties of the Northeners living in the South.

In a Press Statement he personally signed, the governor warned that the North has what it takes to respond to any hatred from the South.

Njenje Media News has a copy of the Press Statement, please read below;

Current happenings in the country have made it imperative for me as a political leader and a proud Northerner to issue this important statement. This is not the time to play politics or to play to the gallery but to tell ourselves the real truth for Nigeria to prosper as a nation and to prevent the situation of anarchy some disgruntled, unpatriotic Nigerians want to drag the nation to.

Considering the manner we play politics in Nigeria, politics without conscience, the public may expect such statement from a governor or a leader of the APC but I chose to make the following statement as a proud and bonafide member of the opposition PDP for the sake of our nation, for peace to reign and in the overall interest of the North.

So much is happening to the North and Northerners. Today, their lives, dignity and possessions are being threatened by the unfriendly South even as we try as Northern leaders to always calm the situation and to protect the interest, businesses and dignity of all southerners living in the North. Despite what Northerners are experiencing today in many parts of the South West and South East in particular, all we hear is the conspiracy of silence from Northern leaders, Northern elites that supposed to stand firm the manner other leaders of the South are doing even when they know that their people are at fault. That must not continue.

As Northern leaders, our dignified silence in the face of constant provocation, attacks because of our desire for peace MUST not be taken as a sign of weakness as no community, no region has the monopoly of violence. If Northerners and their means of livelihood will not be protected, accommodated and be dignified anywhere they chose to stay in any part of the South, Southerners should NOT expect such reciprocal protection from the North as the North has more than what it takes to respond to any kind of aggression and hatred.

We have seen the destruction, the killings and the devastation recently at Sasha Market against Northerners and their economic interests. Properties worth billions of Naira were lost in addition to human lives yet some leaders in the South West are downplaying the atrocities committed or at best justifying it. Some of them have shamefully gone to the extent of apportioning blames on the victims and casualties of their aggression. Last Sunday’s killings of innocent Northerners in Imo is one too many and no matter how we love peace, leaders with conscience and fear of God MUST speak out against this continued barbarism and hatred. If that is allowed to continue we will not take that any longer as NO human life is better than another. No business interest is better than another. In fact, in crisis situation, the South has more to lose in terms of its business interests in the North and the strategic nature they established themselves in the North than Northerners living in the South. The North is very much aware of such weaknesses and disadvantages the South is exposed to whenever there is such crisis but we always chose the path of peace and cherish peace beyond any act of lawlessness and hatred. Simple statistics on instances of unprovoked attacks against Northerners and their economic interests in the South in recent times can tell who is more tolerant, accommodating and peaceful between criminal elements and their backers that are well known in sponsoring such hatred and attacks against Northerners in the South.

Sadly, we all can identify the thugs, the instigators of such xenophobic attacks. They are very much known and visible in spreading their messages of hatred, incitement and provocation but unfortunately they and their leaders have continued to blackmail the federal government while government seems to be succumbing to such acts of blackmail, allowing them to live like kings and even bluntly refusing legitimate invitation by the Police. Nigeria is ONE. Whoever doesn’t want to believe in the current constitution, which is so far the legal and legitimate instrument behind our existence, should park and live the country as we will not tolerate any form of intimidation any longer.

Even though I am a PDP Governor serving my first term in office, I don’t believe seeking for position of authority or seeking to retain it is a do or die affair or something that will silence us to ignore reality and not to stand by our people in the face of constant provocation and attacks.

As a Northerner, I condemn in strongest term how in the same manner of hatred President Muhammadu Buhari was treated by so called protesters that could not hide their disdain and hatred for the North. Their action no matter their grievances is uncivilized, highly irresponsible, unpatriotic, disregarding and disrespectful to the person and office of the President and has demonstrated the growing hatred against anything North. This is certainly NOT the way to express dissatisfaction but an act of humiliation and hatred consistent with the southern agenda as the promoters and sponsors are well known and are only looking for opportunities and slightest excuse(s). Responsible and civilised protest should address only issues but reducing such sponsored protests to abusing the President, his family or parents as we have seen in London is most unfortunate, uncivilized and condemnable. I am sure they wouldn’t have done that for Buhari if he is from the South as we have seen severally on matters of their interest and agenda. The real motive and agenda of the so called protest is not for Nigeria but to humiliate the President that is why the number of the protesters considering the large number of Nigerians living in London is so negligible and can be easily counted.

For the North to survive and defend its interests, our leaders MUST have the courage, the way our contemporaries in the South often do even when there is no justification to do so, to always speak out against such aggression and to protect Northern interests. We MUST not be ashamed to defend our people and protect our interests the manner they are doing. But in doing so we must not be blind like they often do to overlook the shortcomings or the faults of our people whenever there is one. Nigeria is for all of us. Peace or preservation of peace MUST be reciprocal and in the absence of that we demand that we will no longer tolerate what has been happening to Northerners in different parts of the South over the last few months.

Anambra Election 2021, The Contract To Sign With Ndi-Anambra -Ayo Akinfe