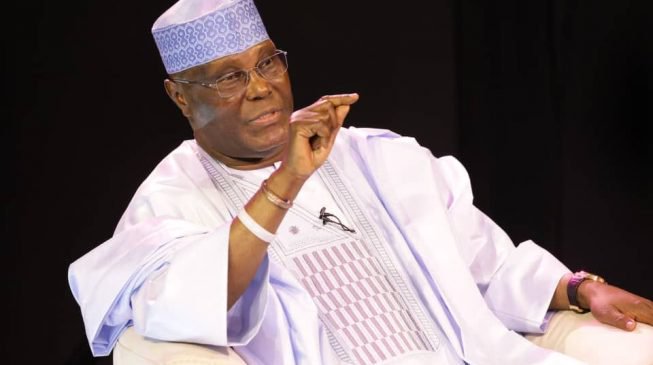 Amongst all those running for president in Nigeria’s 2023 election, only Atiku Abubakar is running to retrieve some things he forgot in Aso Rock since he left the seat of government in 2007. For those who had not come of age then, Atiku was Olusegun Obasanjo’s Vice President from 1999 to 2007. During this period, Atiku accomplished a lot. He was so powerful that in 2003, Atiku made President Olusegun Obasanjo kneel and beg just to be allowed to run for a second term. Atiku and his group had wanted to “ambode” Obasanjo before Bola Tinubu even dreamed of it. But after the Ogun-State-born retired general knelt and begged, Atiku relented and allowed Obasanjo to go for a second time. At the end of Obasanjo’s second term, just after Obasanjo’s Third Term effort failed, Obasanjo called Atiku a thief and swore that he would never be alive and see Atiku as the president of Nigeria.

That was how Obasanjo sidelined Atiku and handpicked Umaru Musa Yar’Adua to succeed him in 2007. Since then, Atiku has been trying to get back to Aso Rock. Election 2023 will be the 6th time he is putting himself out there to run for president. Not even Abraham Lincoln tried this much. All efforts to convince Atiku that there are other ways to serve Nigeria besides being president have failed.

In the past, I had told Atiku of how in 1936, Edsel Ford, the son of Henry Ford, the founder of Ford Motor Company, started the Ford Foundation with an initial gift of $25,000. The Ford family ran the foundation until the 1940s when they decided to expand it into international philanthropy. They did it by following the recommendation of the Gaither Study Committee, which wanted the foundation to dedicate itself to “the advancement of human welfare through reducing poverty and promoting democratic values, peace and educational opportunity.” Today, the foundation has a $16 billion endowment and gives out $500 million every year in grants. It has left a legacy that will endure longer than the legacy of a majority of the men that have become US presidents.

RELATED POSTS:  NINAS IS NOT A PART OF THE EEF PROPOSAL TO THE NATIONAL ASSEMBLY FOR RESTRUCTURING NIGERIA -

If Atiku had dedicated the last fifteen years since he left Aso Rock to solving the educational gap in his North-East alone, if he had brought together his fellow rich men and women, he would have made an impact that would be more than he would ever make as president.

I have used the lives of Ford, Gates, and others who have transformed the world through philanthropy to urge Atiku to spend the rest of his life doing good for humanity. But of course, the Waziri of Adamawa rebuffed me. It soon became apparent that Atiku forgot some critical documents or missions in Aso Rock.

Finally, I have realized the top ten things Atiku forgot in Aso Rock, for which he is determined to try for the sixth time to be president.

10. Atiku needs to use the power of the presidency to pardon former US Congressman William Jefferson of New Orleans, Louisiana, convicted and jailed for hiding $90,000 inside his deep freezer in Washington, DC. Atiku needs to pardon the man for telling the FBI in 2005 that it was necessary to give Atiku $500,000 to motivate him to approve lucrative contracts to iGate and Mody’s in Nigeria.

9. Atiku must get into Aso Rock and retrieve his British Cameroon birth certificate that he hid inside a wall in Aso Rock.

8. As president, Atiku wants to proclaim as a historical landmark the jail where his father spent a few days because he preferred to send Atiku to Quranic school and to rear cattle and work on the farm instead of sending him to school.

7. On January 30, 2019, Atiku declared that he would grant amnesty to looters. For him, it is a long-cherished dream. The only way he can make it a reality is to become president.

6. When Atiku set up the Nigerian Container Services (NICOTES) while still working as a customs officer in the same port, Queen Elizabeth of Borgu gave him a Conflict of Interest Immunity Certificate. That certificate is buried inside the foundation of Olusegun Obasanjo’s Presidential Library. As president, Atiku plans to order the digging up of that valuable certificate.

5. It is Atiku’s long-term plan to build a tombstone on the spot where he buried the papers of Nigeria’s publicly owned companies that he sold at give-away prices to friends and families when he was the head of the National Council on Privatization. Only President Atiku will do us all that honor.

4. Atiku’s 1965 grade three West African School Certificate disappeared in Aso Rock the day he showed it to President Obasanjo to prove to the man that, unlike Bola Tinubu, his certificates were real and intact. President Atiku will deploy the Nigerian Security and Civil Defense Corps to find it.

3. When Atiku relinquished the title of Turaki of Adamawa to his son and accepted the enhanced Waziri of Adamawa, he received a special gift from Orji Uzo Kalu. The National Archives took the gift and kept it in the same place as the Quran that Shehu Shagari used during his swearing-in ceremony in 1979. Only President Atiku can declassify the gift and retrieve it from the National Archives.

2. The receipts for the $40 million that the FBI said that his then-wife, Jennifer Atiku, laundered are still hidden inside the soakaway pit of Akinola Aguda House. The operation to retrieve it requires a secret presidential directive that only President Atiku can authorize due to the sensitive nature of the matter.

1. Atiku needs to be president to retrieve from Nigeria’s FBI office the images of his forensic fingerprints and the contents of the 53 unsearched suitcases alleged stuffed with Naira notes that the Emir of Gwandu brought into Nigeria in 1984 when Buhari changed Nigeria’s currency.