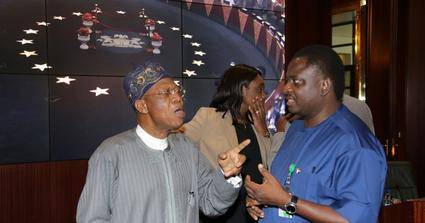 
Nigerians on Twitter have voted Lai Mohammed as the worst minister in the President Muhammadu Buhari’s administration.

President Buhari had in 2019 after winning his second term in office appointed 42 ministers to help him implement the agenda of his government for the people of Nigeria.

SaharaReporters on Tuesday conducted a poll in different batches asking Nigerians to select the worst performing among the ministers.

At the end of the poll, Sadiya Farouk, Minister of Humanitarian Affairs and Disaster Management, Abubakar Malami, Minister of Justice and Attorney-General of the Federation, Lai Mohammed, Minister of

Information and Culture, and Godswill Akpabio, Minister of Niger Delta Affairs, were picked as the top 4 ministers with woeful performances.

POLL: Top (4) of the Worst @Mbuhari Ministers; Who is the worst?

A new poll was then conducted on Wednesday among the four with Mohammed topping the list as Nigeria’s worse minister in the last one year.

In a different poll, Femi Adesina, Special Adviser on Media and Publicity to President Buhari was picked as the most obnoxious spokesperson in the Presidency.

A total of 6,865 votes were recorded in the online poll.