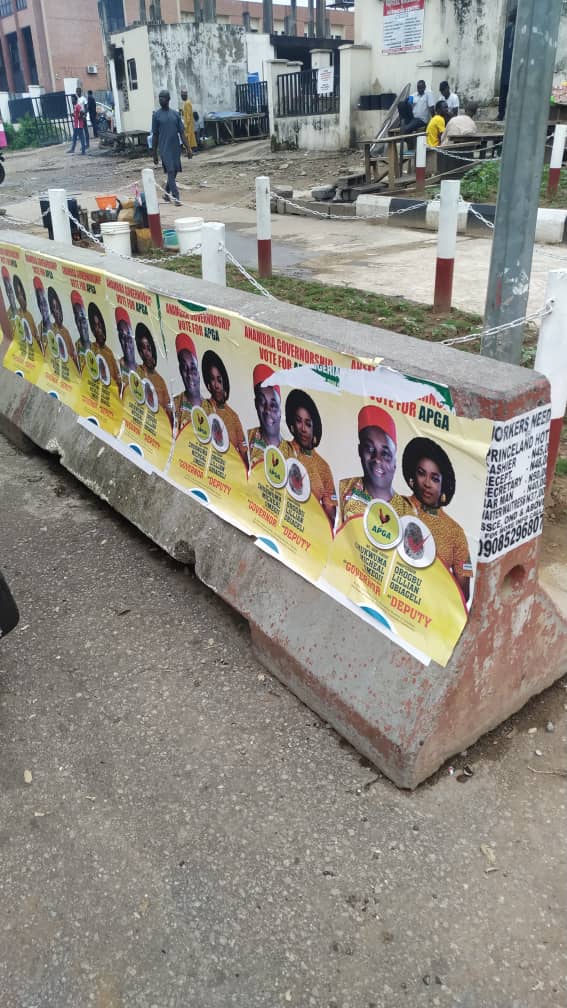 Supporters of Hon. Chukwuma Umeoji in Anambra State and Abuja have flooded the streets of Anambra and Abuja with his campaign posters for the forthcoming governorship election in his state, Njenje Media News reports.

The posters flooded cities and towns like Awka, Onitsha, Ekwulobia, Ihiala, Nnewi and the streets of the Federal Capital Territory, Abuja.

The development may not be unconnected with the imminent formal launch of the Chukwuma Umeoji governorship campaign which the Jude Okeke faction of All Progressives Grand Alliance (APGA) has vowed will take place in a matter of days.

According to his Umeoji campaign organisation, the campaign which is termed ‘Door To Door’ Campaign will entail less rallies and taking the campaign to the voters in their homes and primary places of business instead of rallies where people attend for monetary gains.

Comrade Ikechukwu Chukwunyere, the Publicity Secretary of the Okeke-led APGA said by the happenings in the courts and the rulings so far, the real APGA candidate will not be distracted by the hasty and unlawful actions of INEC which removed his name from the governorship candidates’ list.

He insisted that in the fullness of time, INEC will realise itself that it is not above the law and will be ordered to restore Hon. Umeoji as the rightful candidate of APGA for the November 6 Anambra governorship election.

According to him, they are not prepared to suffer any disadvantage, so the campaigns will commence and run seamlessly and victory is assured.

He called on party members to be upbeat and vigilant as Hon. Umeoji will win the governorship election, adding that the election will not be won by deep pockets.