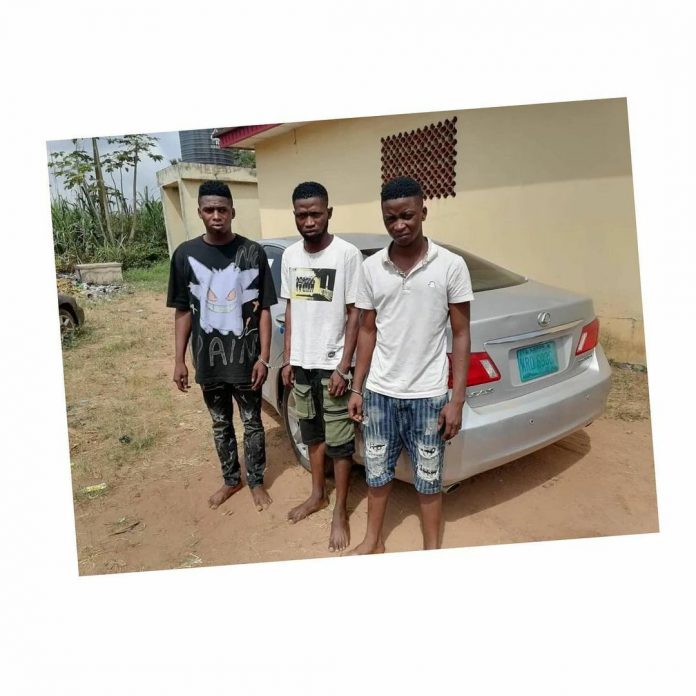 Three youngsters, Tunde Sadiq Taiwo, 22, Damilola Adesina, 20, and Adegoke Amos, 21, suspected to be Internet fraudsters have been arrested by operatives of the Ogun State Police Command, for allegedly gang-raping an 18-year-old girl.

According to Vanguard News, the incident happened last weekend in Ilese area of the state. The victim in her testimony posited that she was on her way to a location, when she was waylaid by the suspects who rode in a Lexus ES 350 car and blocked her.
According to her, they forcefully dragged her to Rasanwa area, where they took turns to have carnal knowledge with her. The victim who managed to put herself together said she quickly notified the police with the report.

Njenje Media News reports that after the police were availed of the incident, the suspects were arrested and upon questioning, confessed to the crime claiming to have believed that the Police were no longer working, and so they are free to commit crime anytime but were surprised when the Police swooped on them.