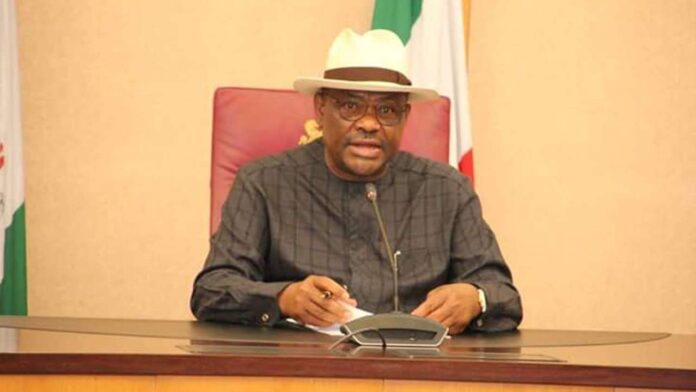 Northern youths supporting the Rivers State Governor, Nyesom Wike against the Peoples Democratic Party, PDP, presidential candidate, Atiku Abubakar, have warned Ulama in the north who are using their places of worship to speak about the crises to stop henceforth or they would expose them.

The youths under the banner of “Northern Youths Up For Wike”, said during a press conference in Kano, that, if Islamic clerics and imams, especially from the North, are interested in politics they should openly join a party, but for now should stay out of the Wike-Atiku crises because it is outside of their jurisdiction.

The youths reminded that Governor Wike was not working against a northerner being elected as president in 2023, but rather against the North producing, both the chairman and the presidential candidate of PDP.

Making the assertion on Thursday at a press conference held at the Grand Central Hotel, Kano, Alhaji Abduljabbar Rufai, hinted that the Wike camp is fighting injustice and unfair treatment done to the Southern part of the country, by not allowing the region to have the national chairmanship position since the North has gotten the presidential slot.

According to him: “The national chairman of the party, Senator Iyochia Ayu has proven not to be trustworthy to Nigerians because he promised us, we the members of the PDP, to resign his position, should a northerner emerged as party flagbearer, but now he is making excuses.”

He said further: “The issue of the national chairman, has proven that Atiku lacks the ability to adequately assess internal issues and relationship management and these are skills that a leader must possess to tackle problems like the ASUU strike.”

He then declared: “On behalf of the entire team of Wike’s Voice up North, an initiative with the main objective of supporting and defending Wike against those that are trying to make PDP a regional party, [contrary to the] provisions of the PDP Constitution [which] was deliberately made the way it is, to promote equity and fairness in the party structure, we want to commend Gov Wike and show our tireless support for his political principles because he has earned our trust.

He noted that Wike “is the strongest pillar in today’s PDP…Therefore this agitation is not about him, but for the benefit of the party in general.”

He noted that Wike’s loyalty to the party is proven beyond all reasonable doubt as he has not abandoned the party as others did in 2014.

Rufai then called on all stakeholders to, as a matter of urgency, do the needful by telling Senator Ayu to honourably resigned as the national chairman of the party and pave way for a southern candidate to step in.