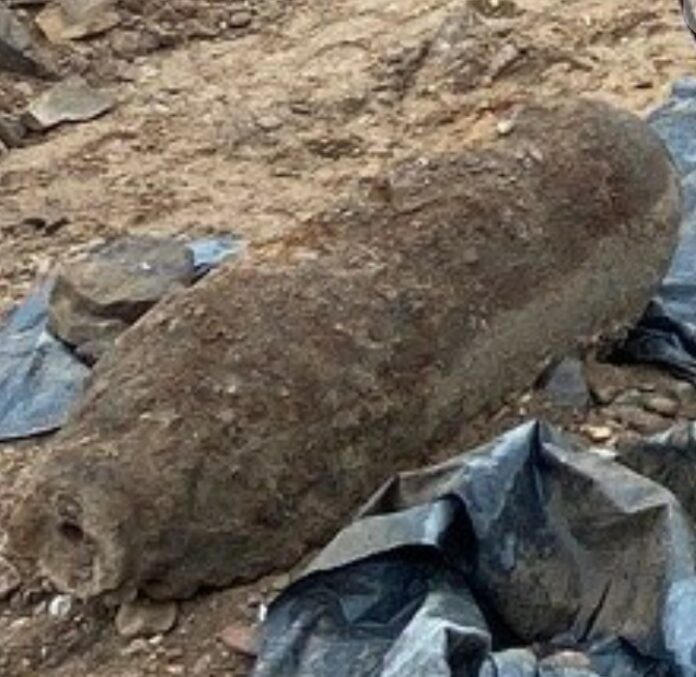 This morning a suspicious object was found during construction work on Friedrich Road in #Dresden, which could be a #World War II bomb. The immediate area is currently cordoned off, the Explosive Ordinance Disposal Service requested.

The suspicious object found in the morning is a World War II bomb. The specialists from the Explosive Ordinance Disposal Service still have to decide how to proceed. The area of ​​the discovery site remains locked.

The World War II bomb found on a construction site on Friedrich Road is to be defused tomorrow (today been Thursday).

The Explosive Ordinance Disposal Service examined the bomb in detail. It turned out that the bomb’s head fuse was significantly deformed.

The specialists then decided to remove the detonator with a water cutter. In connection with the defusing, evacuation measures will also be necessary on Thursday. Information about the timing and scope will still be given today.