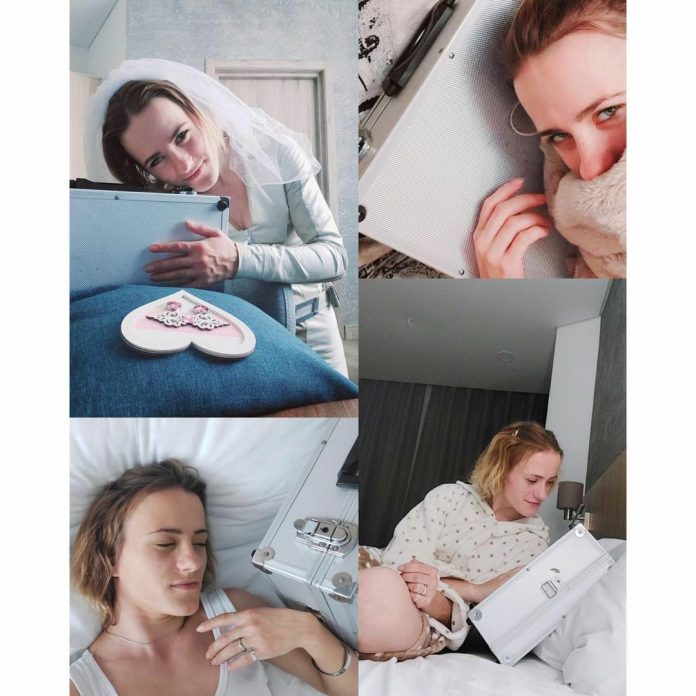 Miss Rain Gordon, a 24 year-old Russian has in a bizarre move got married to her briefcase who she christened Gideon.

Gordon said she has always found objects fascinating tied the knots with the lifeless briefcase as she claims he has always been a mentor to her.

“I first met my husband back in August 2015 after purchasing him at a hardware store as a prop for a photoshoot. But then I started liking him for more than that. I slowly realised I was starting to fall in love. I’d want to look at him for hours and feel his presence. After another few months in November the relationship began.

We shared our first hug and kiss, and we spent more time together in the evenings and nights. We could have philosophical conversations for three or four hours. Gideon is more than just a partner to me. He is a husband, a friend and a mentor. His moral support helps me more than anyone else. Sometimes I feel like Gideon knows me better than I do.”