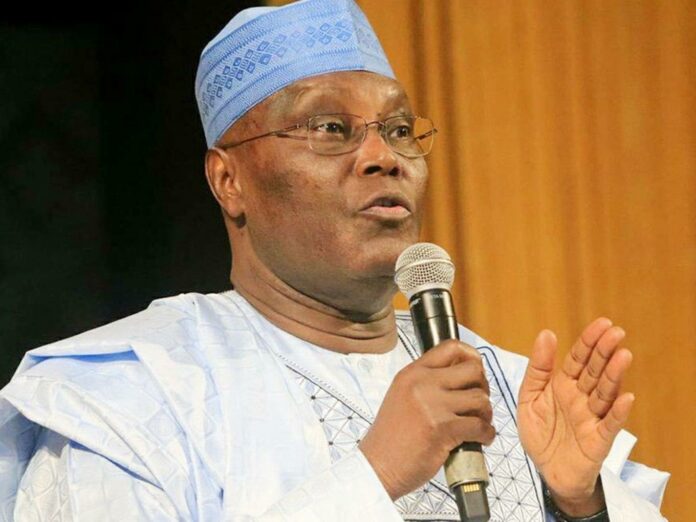 The presidential candidate of the Peoples Democratic Party (PDP), former Vice President, Atiku Abubakar Campaign organization has told the All Progressives Congress (APC) and its presidential candidate, former Lagos State Governor, Bola Tinubu to apologize to Nigerians instead of campaigning.

Atiku’s Campaign organization lambasted Tinubu and the ruling APC for comparing the years of the PDP to the alleged famished years of the APC.

The spokesperson of Atiku’s campaign organization, Kola Ologbondiyan in a statement on Saturday, also described the APC Presidential Campaign as “plagued by a Lying Spirit”.

Atiku campaign organization insisted that life was exceptionally better under the PDP than the current APC.

It described the APC-led Federal Government as a deceptive, corrupt, and incompetent administration that has allegedly wrecked the economy and foisted an era of pain, sorrow, anguish, and mass killing on the nation.

The statement read in part “It is unfortunate that at a time when Nigerians expect Asiwaju Tinubu to be remorseful and ask for forgiveness, he is going around with another box of lies with which he intends to beguile Nigerians once again.

“If there is any political party in the world that should never seek electoral votes because of its many failures, that party is the incompetent, deceptive and insensitive APC.

“Nigerians are already aware that the Tinubu campaign is trying to divert public attention from its inability to articulate or process issues of governance as well as Asiwaju Tinubu’s incapacity to debate either in the media or public space.

“The continued resort of the TInubu/ Shettima Campaign to diversionary tactic shows Tinubu’s acceptance of the superiority of the Candidate of the People Democratic Party (PDP) Atiku Abubakar.

“In any case, it is imperative for the Tinubu/Shettima Campaign to know that Nigerians are still waiting for their response to the litany of allegations surrounding Asiwaju Tinubu’s smelly past”.