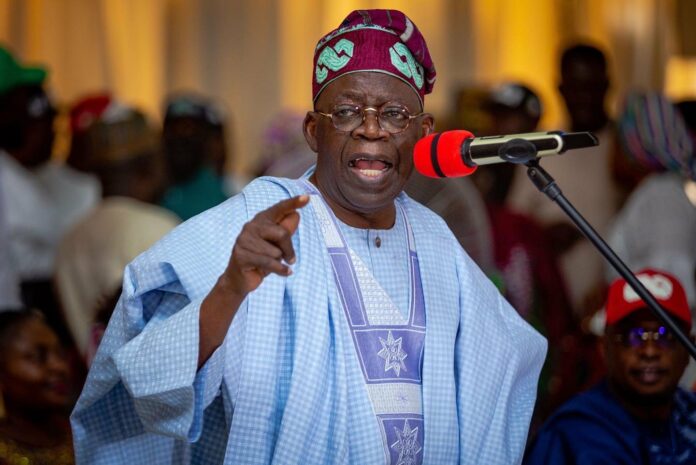 Presidential candidate of the All Progressives Congress (APC), Ahmed Bola Tinubu, has promised to renew the hope of Nigerian youths with the creation of thousands of jobs if elected president of the country in the forthcoming general elections, Njenje Media News reports.

Tinubu gave the assurance on Thursday during the APC presidential campaign rally in Yenagoa, the Bayelsa State capital.

Tinubu, who lamented the deplorable state of development in the state since 1999 to date under the Peoples Democratic Party(PDP), said with what he has done in Lagos as governor, Bayelsa deserves the same.

He said: “The Poverty Development Party (PDP), you know them, has collected your money since the creation of this state, and couldn’t provide the roads. Where is the job? I will create thousands of expert employment, technical hub to link you to the rest of the world.

“For 24 years in government, they cannot point to one solid road. No road except the only one to get us here. We have to get our brooms to sweep them out in 2023.

“Today, the youths are the new hope; their salvation is here in our party, development is back, happiness is here. We will be able to create jobs. Bayelsa is the most industrious and most blessed with mineral resources of the country but not well explored.

“Tell them enough is enough. They lie too much. They blame everything on the Federal Government while they collect all the money. This is the broom revolution and we have to let us renew the hope of prosperity.”

According to the leader of the party in the state, Chief Timipre Sylva: “Bayelsa is an APC state, though they stole our victory, and that is why they don’t know what they want to do with it. Bayelsa is the second poorest state in the country according to statistics.

“We are talking about a great personality, Senator Tinubu who has a record that nobody can beat. Sometimes, people ask why I am so sure of Tinubu winning, and I ask them who is contesting with him because they don’t have any record. What did Obi do in the eight years in Anambra but we can all say a lot about the eight years of Tinubu and we can still see what is happening in Lagos today.

“Today, we have a youth population that is largely unemployed; who is going to create the opportunity to employ them? Tinubu is the man.

“Atiku’s only mission is to come and sell NNPC, that is why he is asking for one tenure.”