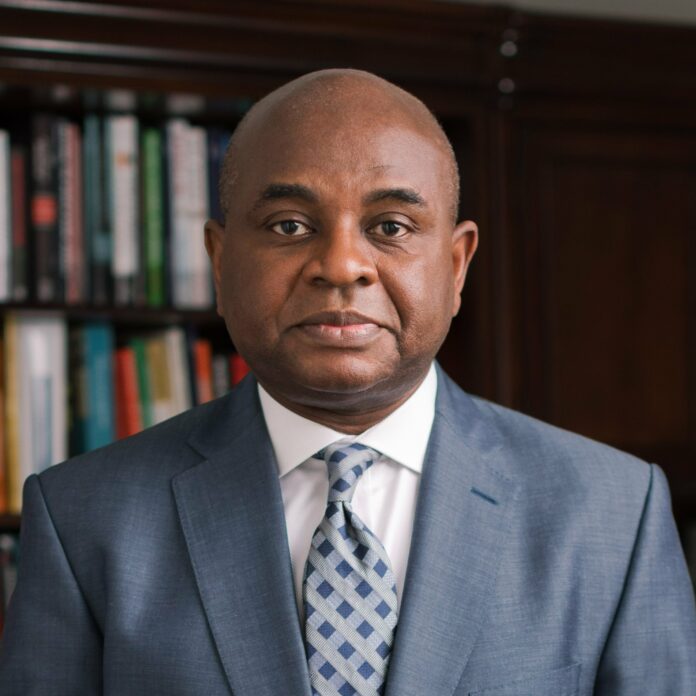 Former presidential candidate of the African Democratic Congress, ADC, Kingsley Moghalu, has said illiteracy and poverty will have an influence on the outcome of the forthcoming general elections in 2023.

Moghalu also said the number of people vulnerable to poverty and illiteracy is still more than those who are not.

The former deputy governor of the Central Bank of Nigeria, CBN, disclosed this in a post via his verified Twitter handle.

He said that young people could determine the direction of the election if they turn out in overwhelming numbers and vote predominantly in any particular direction.

He wrote, “Nigerian elections are not fought and won on Twitter, although social media is certainly a factor, especially for young people. But overall, elections are won by effective structural presence and mobilization at the micro-levels st polling units, mainly in rural areas.

“Illiteracy and poverty are still huge factors in Nigerian politics. The numbers of people with susceptibility to these factors are still more than those who are not. The only variable that can break this really is if young people actually turn out in overwhelming numbers and if they vote predominantly in any particular direction. @inecnigeria is also perhaps the most important factor of all. They swear they will do better this time. To paraphrase the strategic Cold War doctrine during the nuclear arms race in the 80s, Trust, but Verify.”