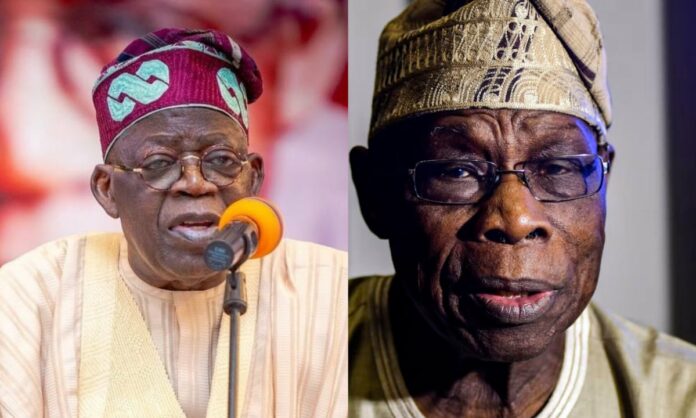 Speaking through his Director of Media and Publicity, Bayo Onanuga, Tinubu said the former president was a political paperweight.

Tinubu, however, noted that the former president has the right to endorse any presidential candidate of his choice.

Stressing that the former president was not a democrat anyone should associate with, Tinubu vowed not to lose any sleep over his endorsement of Obi.

A statement by Onanuga reads partly: “We make bold to say that our party and candidate, Tinubu will not lose sleep over Obasanjo’s move, as Obasanjo is notorious for always opposing progressive political forces, as he did against MKO Abiola in 1993.

“The endorsement is worthless because the former President does not possess any political goodwill or leverage anywhere in Nigeria to make anyone win a Councillorship election, let alone win a Presidential election. He is a political paperweight.

“He is also not a democrat anyone should be proud to be associated with.”

Over the weekend, the former president endorsed Obi in a letter addressing issues in the country.