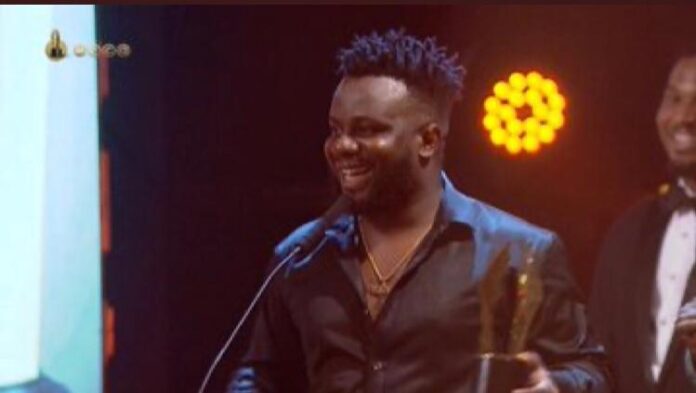 Sabinus who was nominated alongside other skit makers, especially Mr Marcaroni won his first award in Lagos.

The AMVCA incorporated the online social content creators awards shortly after the Covid 19 pandemic which saw an increase in demand for social media short comic videos.

The AMVCA is a annual awards that rewards talents of filmmakers, actors and other crew involved in film production.