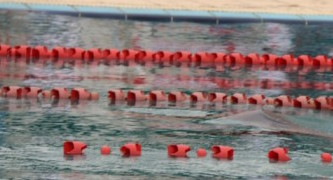 Team Bayelsa has had a spectacular outing so far in the swimming event winning four gold medals so far, out of the seven up for grabs.

Team Delta is putting up a strong fight in the competition. In a star-studded lineup for the men’s 100m breaststroke, Team Delta clinched gold through Foresight Osamezu and also won gold in the women’s 50M breaststroke event.

Osamezu attributed his victory to consistency and hunger to remain at the top.

“I feel happy despite the pressure before going into the pool, you know when you are at the top, it takes a lot to remain at the top, so I feel happy that the results are coming,” he said.

RELATED POSTS:  I Was Compromised – Israel Adesanya Reveals Why He Lost UFC title to Alex Pereira