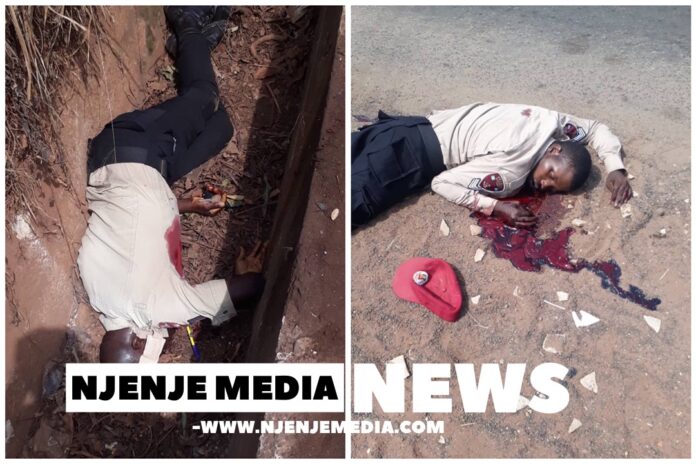 According to Eyewitness who spoke with NjenjeMediaNews reporter in Anambra noted, that around 2:00pm, Sunday 3rd April 2022, the Road Safety officers were on a routine vehicle checks with a team of police officers who luckily left 5 minutes before the tragic shooting.

According to NjenjeMediaNews reporter, the Road Safety officers on official duty stopped a vehicle and the men of the underworld opened fire on the team killing two on the spot, while injuring the other two, who are now battling with their lives at a hospital in Anambra State.

Recall, that Anambra State Governor, Prof. Chukwuma Soludo had asked those behind violence in the state to desist, and also tasked those enforcing Sit-At-Home to stop forthwith.