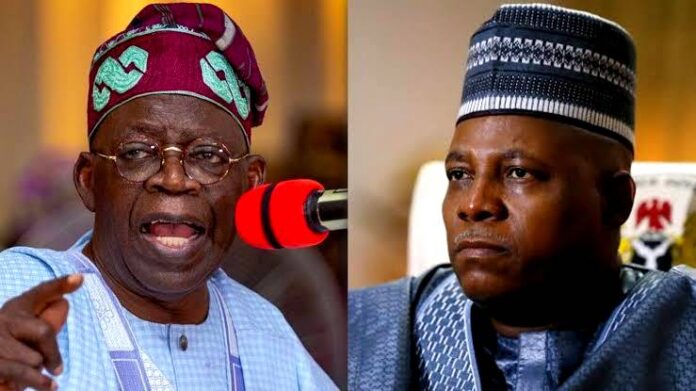 The Christian Association Nigeria, Youth Wing, has said there was no way it would allow its members to vote for a Muslim-Muslim ticket in the 2023 presidential election.

The Chairman, North-central zone of the body, Owoyemi Alfred Olushola, who briefed journalists in Abuja on Tuesday, said the Christian youths had resolved never to support the idea.

He said, “We are all aware that in the past weeks, the Nigerian mainstream media and the general public have been occupied with the discussions on the Muslim-Muslim ticket by the All Progressive Congress (APC), one of the political parties in the build-up to the 2023 general elections.

“We clearly want to emphasize that this is not healthy for the highly diversified Nigerian space, especially in the face of the growing and alarming insecurity in our nation at the moment. Any well-meaning presidential candidate will focus the all inclusive Federal Character.

“Consequently, the Nigerian Christian youth are not unaware of division and tension currently overheating an heated polity in Nigeria and, therefore, will not support or encourage any action or decision capable of further dividing and setting this nation on fire.

“Muslim-Muslim presidential ticket insults the sensitivity of Nigerians and the Christian youths are saying a big NO!

“While we appreciate and recognize that candidates of political parties have the right to present their choice candidates, for national interest, the parties should be sensitive and do everything humanly possible not to create or endorse any perception that could create fear and division amongst Nigerians.

“Accordingly, the YOWICAN calls on all peace-loving Christian youths and their counterparts in other faiths not to allow themselves to be bought over or cajoled into accepting arms and decisions that are not for the unity and progress of Nigeria for peanuts.

“Besides, every youth is called upon to register and get their PVCs and mobilize peers to be ready to come out en mass to vote against divisive combinations of any party, to enthrone a government which unites the country and restore s peaceful coexistence.”