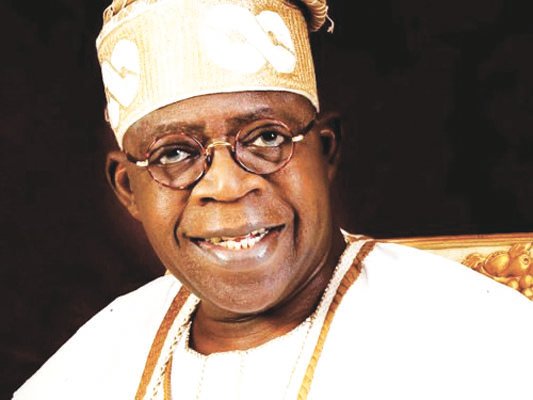 A former governor and National Leader of the All Progressives Congress (APC), Asiwaju Bola Tinubu, has been urged to give the presidency a shot in 2023 by an Igbo group in Lagos, Njenje Media News reports.

The leadership of the Igbos in Lagos made the request in a visit to the immediate past Chairman of Amuwo Odofin Local Government, Comrade Ayodele Adewale, at his political office in Festac Town, Lagos.

The leader of the delegation, Chief Sunday Udeh commended Tinubu’s leadership example, adding that Igbos in the state are ready to support the former governor’s aspiration and the APC in general.

Udeh used the opportunity of the meeting to plead with Adewale to introduce the leadership of the community to Lagos APC chairman, Alhaji Tunde Balogun, and Asiwaju Tinubu.

He revealed that the party chairman is currently focused on ensuring the success of the ongoing party membership registration and revalidation exercise, which has extended the exercise for a few days.

Adewale, in his response, assured the group that he would book an appointment with Alhaji Balogun and Asiwaju Tinubu and personally introduce the duo to them.

Adewale encouraged them to mobilize people within their jurisdictions to register and re-validate their membership with the APC. He said the Igbo’s are well-positioned and recognized in the state and, therefore, would always be considered in the scheme of things.

“Asiwaju also appointed Igbo’s into his cabinet as governor of Lagos State. I thank you for adding your voice to the call that Asiwaju should contest as President of Nigeria in 2023. Asiwaju will make a good President as he will consolidate on the achievements of President Muhammadu Buhari.”

Oyibo Crisis: An Open Letter To Mazi Nnamdi Kanu To Be...

35-Year Old Mother Of Four Trafficked To Egypt By Her Elder...