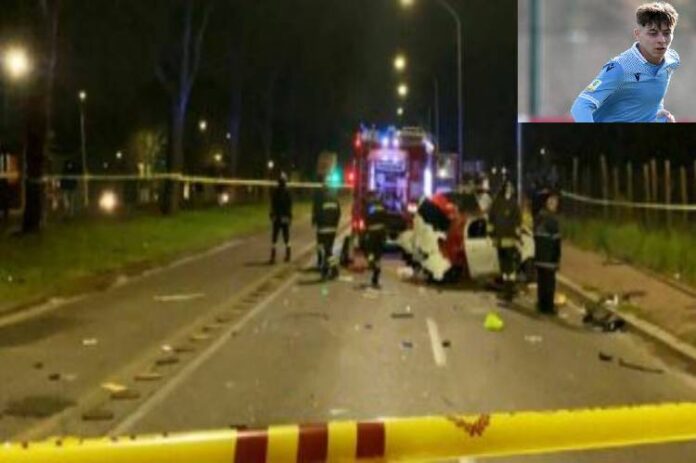 Daniel Guerini, a midfielder for the Italian football club, Lazio has died in a car accident in Rome, Njenje Media News reports.

Lazio FC who made the disclosure on their official Twitter page on Wednesday wrote:

“We are shocked and saddened to learn of the sudden death of Lazio youngster Daniel Guerini, a member of the Fiorentina youth academy in 2018/19 and 2019/20.
The thoughts of President Commisso and everyone at the club are with the Guerini family at this extremely difficult time”.

19-year-old Guerini was said to have been involved in the accident with two of his friends, who are still a critical condition in hospital.

Reports say the vehicle was said to have collided with a Mercedes around 8 pm Wednesday evening.

Guerini had studied at Lazio’s academy. In 2016, he transferred to Torino, after which he played for Fiorentina’s junior teams. Last year, he was leased by Spal, and in January of this year, he returned to Lazio and signed a three-year contract.