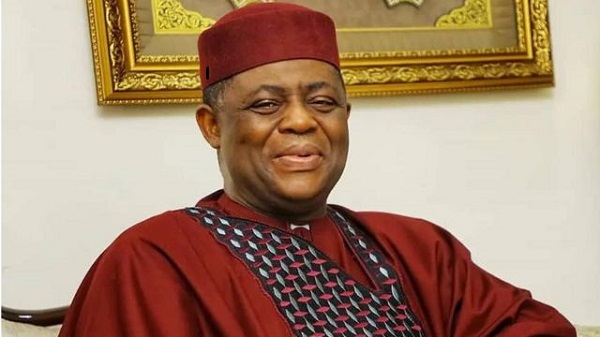 Former Aviation Minister, Femi Fani-Kayode, has said that some “demons” who frustrated him out of the All Progressives Congress have left.

Fani-Kayode made the assertion while appearing on Channels TV Politics Today on Monday.

The former minister, who is a member of the APC presidential campaign council, had while in the Peoples Democratic Party, alleged that the APC was possessed by “demons”.

But speaking on Monday, Fani Kayode said the “demons have now left the APC and entered into the PDP.”

He noted that the change in the leadership of the APC has now addressed all the issues he and others had raised in the past which led them to joining the party.

He said, “The APC of the past is not the APC of today. The demons that were in the APC at that time have simply relocated and gone into the PDP. In the APC today, ethnicity is respected, possibly unlike before. I’m not scared to say it. My views were my views at that time and so things changed. A new leadership came into the party. A leadership which is responsible and sensitive to the feelings of people led by Mai Mala Buni. New people came in, governors that I happen to know very well gave me assurances and they honoured every single word. We saw a situation whereby the PDP was becoming the very monster that we thought the APC was and there was transformation. They opened their doors, they promised a level playing field no matter what your faith is, no matter what your ethnicity is and they did precisely that.”