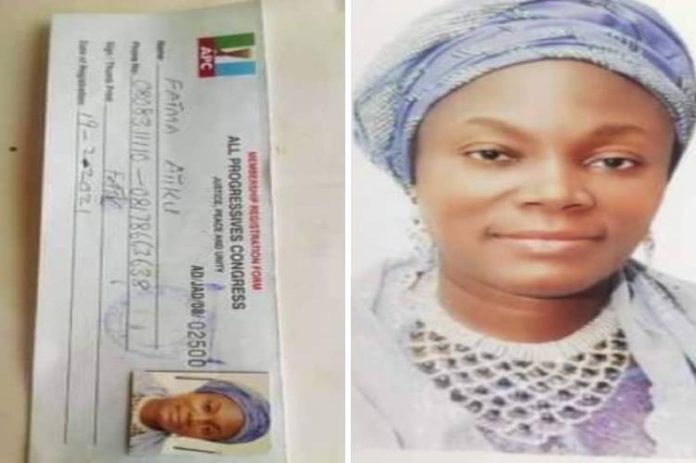 The Former Adamawa State Health Commissioner and daughter of former Vice-President, Atiku Abubakar has denied reports in the media that she has revalidated her All Progressives Congress membership in Jada Local Government of the state,  Njenje Media News reports.

Fatima, in a press statement in Yola, the Adamawa State Capital the signature appended to the APC revalidation documents in circulation that were taken for hers were forged.

She clarified that in 2015 when she was appointed as commissioner, she was mandated to join the APC in the state as a condition which she did but after leaving office, she went into private practice and has since been without any partisan political affiliation.

She said she was surprised to read in the media she had revalidated her membership of the ruling party and urged the general public to disregard any report indicating such.

The statement added: “for the avoidance of doubt, I did not revalidate any membership of APC which was necessitated by my call to service in 2015.

“Indeed, I have been in Abuja, never travelled to Jada where the purported revalidation was said to have taken place and neither filled a form nor signed any document. The signature appended to the document in circulation is not my signature,” she insisted